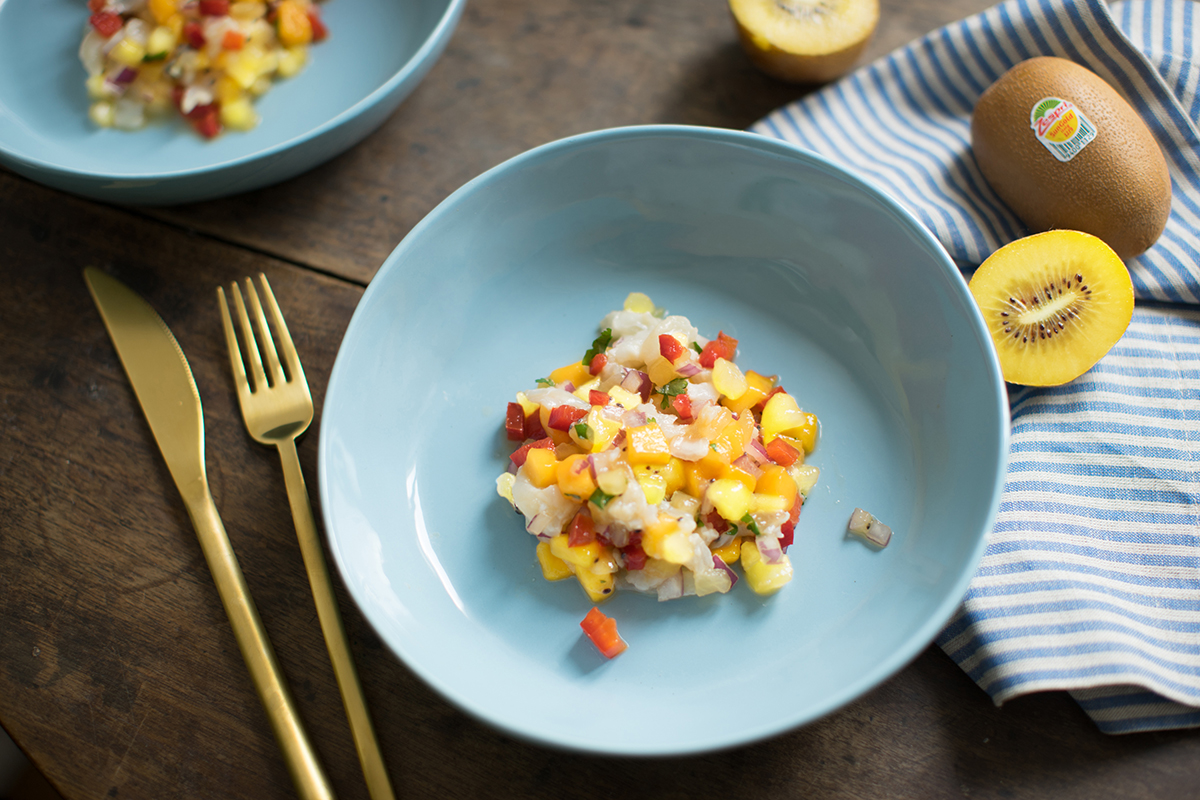 Hello darlings!
Today I’m getting back into the kitchen! A few months ago, while we were all still bundled up in down filled coats, the famous New Zealand kiwi brand Zespri reached out to me. Don’t give me that look, of course you’ve heard of them, I’m sure you’ve already seen them. Keep your eyes peeled the next time you pick up some fruits and vegetables, they’re everywhere! Anyways, after years of research, Zespri came up with a juicy yellow kiwi, without a furry peel and full of vitamin C called the Zespri SunGold... 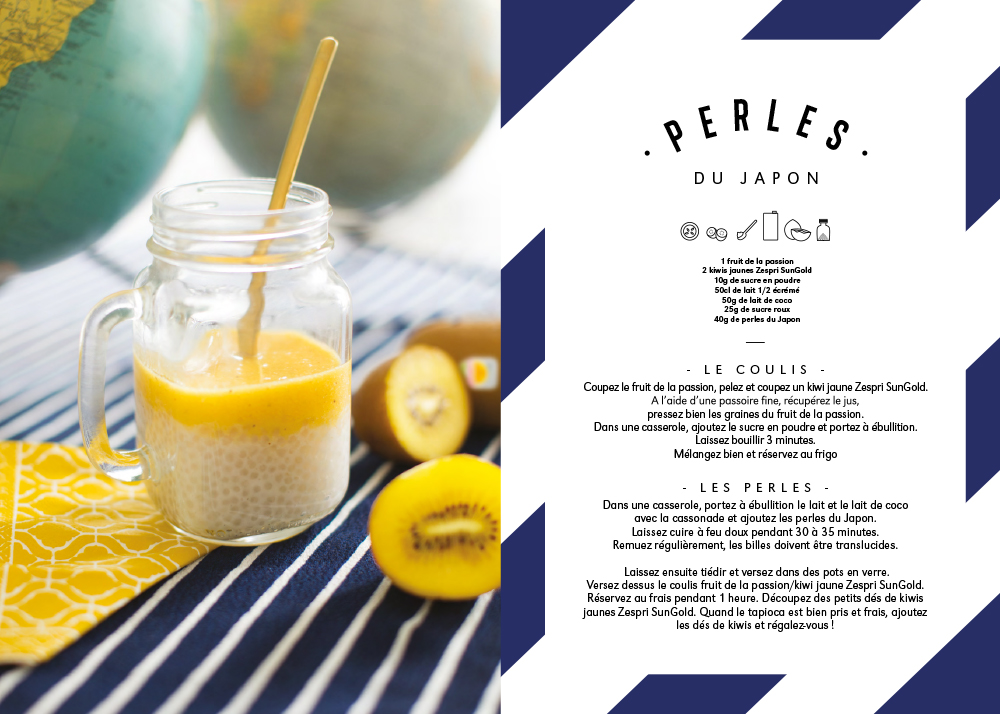 You might be wondering: what happens when you put together a yellow kiwi with nutritious super powers and Make My Lemonade’s lemon? Well, you get “Bikini Friendly” recipes! As you already know, I’m the kind of gal that orders fries and fruit salad for lunch so I’m not the best person to give you nutrition advice. But I think I have good common sense so I’ve come up with six healthy and colorful recipes that I hope will provide some inspiration for those evenings when you just don’t feel like fixing something! I don’t know about you but I’ve decided to stop worrying about what’s on my plate. 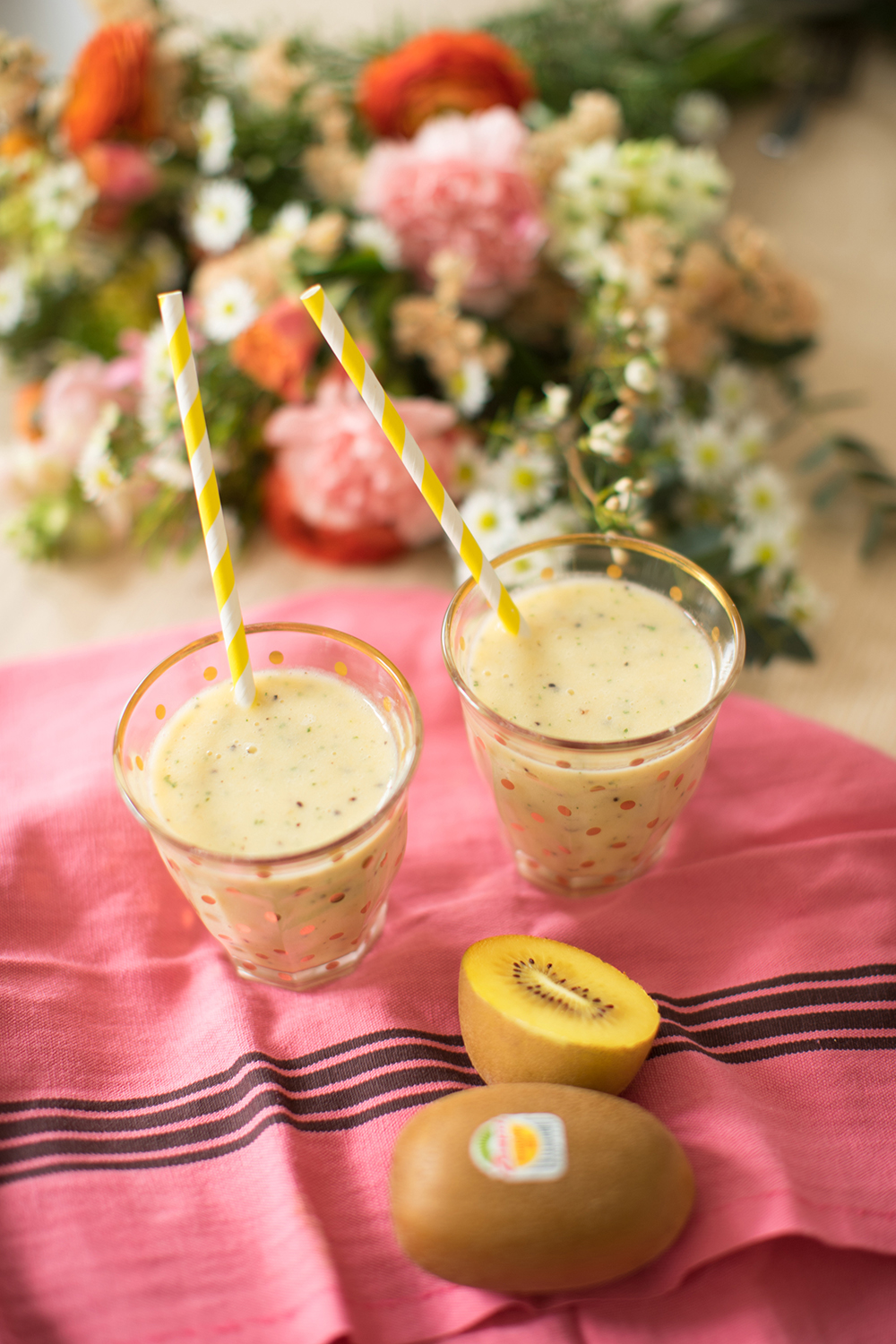 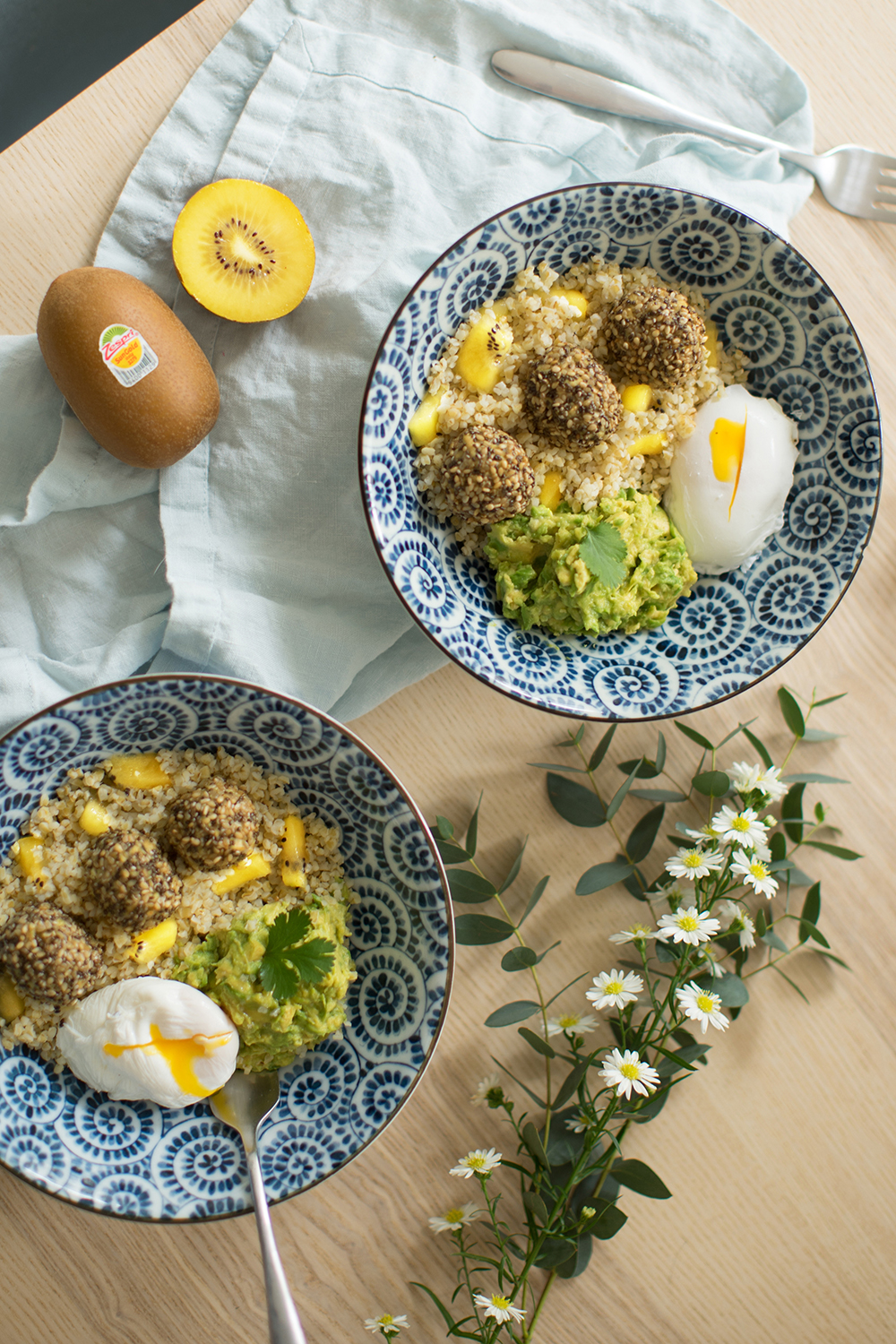 Just because I have other things to think about and I realized that the less I think about it, the better I feel about myself... so I eat what makes me happy and as whatever is as colorful as possible... what do you mean, I’m crazy? You’re aware that strawberry Tagada candy isn’t part of the diet, right? In the beginning I thought I would just share one recipe, but it was too hard to pick a favorite. The studio therefore decided to make up a little booklet with six recipes inspired by Zespri SunGold yellow kiwis so that you can recreate them and enjoy from appetizer to dessert.
You can download your recipes by clicking on the booklet: For those living in Paris, Frichti will prepare and deliver these four Zespri recipes from May 15 though the 31 2017. Isn’t that great! Hugs and Kisses, see you very very soon! Lisa 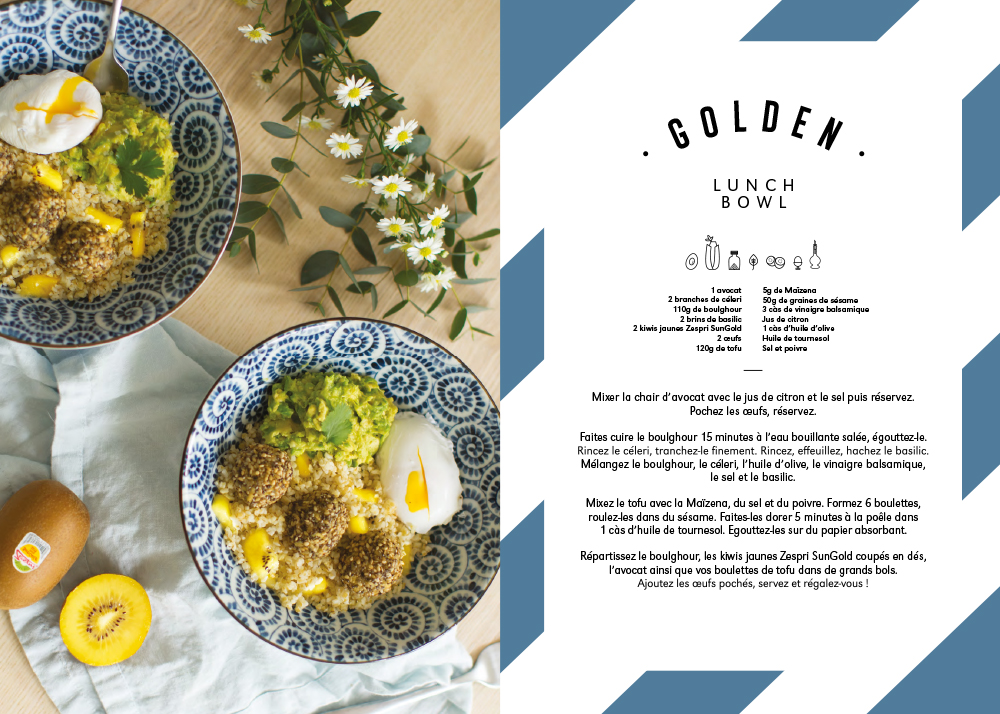