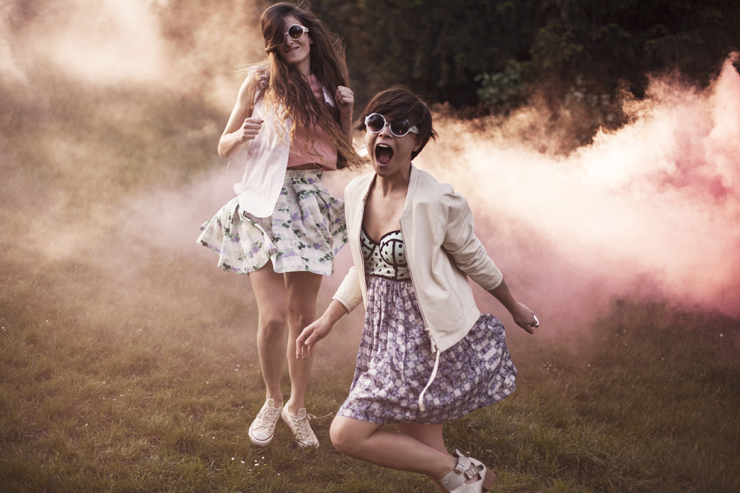 Happy monday my cupcakes !
Do you remember this post "un nouveau brief" for the reedition of the legendary Anais-Anais, where I was telling you about the first steps of a project, with a mood board, the search of the perfect photographer, the stylization, the models and so on… ? I’m not going to repeat myself but for those of you who didn’t read the previous article, Cacharel wanted to promote a generation of ultra creative young women for their newest campaign, trusting Olivia Bee, barely 20 years old, to shoot their last imagery. All this was articulated around a strong feeling of belonging and the idea of « Girls tribe », a sort of poetic 2.0 girl power in short. In the previous post I was saying that I hoped that the photographer I had in mind would accept to collaborate with me on this project. Well she did (happy dance and all, one day I’ll dance it just for you…) and today I’m giving you the result of Charlotte Abramow’s job, again a 20-years-old photographic genius. It’s annoying, isn’t it ? 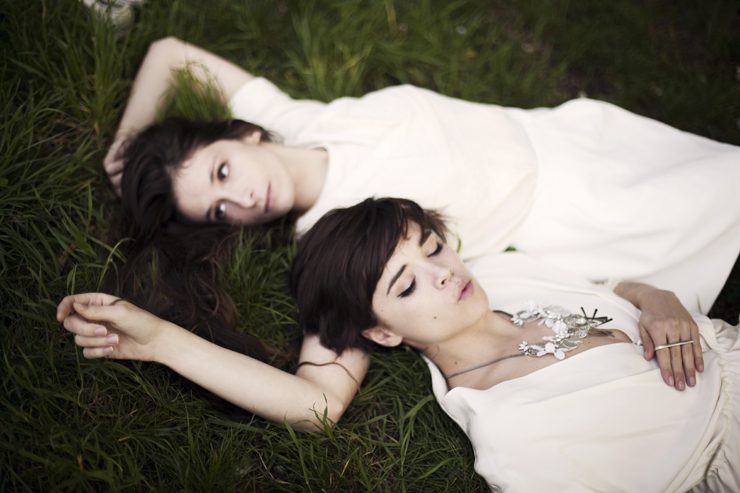 Alexandra is wearing a Maison Olga top, a Cacharel neoprene skirt. I’m wearing a Mina Crew dress and a Galia necklace.
As for my tribe, I wanted to make this shoot with Justine B., my favorite lobby boy and Alexandra B. (yes I know the ultra talented girl who made the last design of the blog is also a stunner). But life is so that Justine had way too much work and couldn’t come that day so it’s a mini tribe that I show you today. 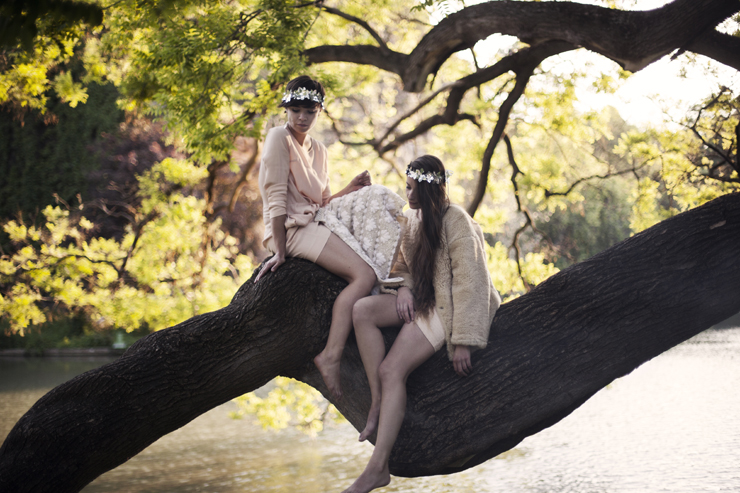 I’m wearing a Samsoe samsoe dress, a vintage cape, Alexandra is wearing an EDC dress and a sublime Polder coat, and homemade flowers crowns but I’ll tell you about them later…
The location was very important and it’s after several scouting that I thought the Buttes Chamont were the perfect place, I wanted to do it at dawn but Charlotte convinced me otherwise, she said that the light would be softer at the end of the day. She is the expert! I’m really more than happy to have been able to work with her, she is really brilliant, passionate and of course absolutely awesome ! Every Charlotte is a gem after all ! 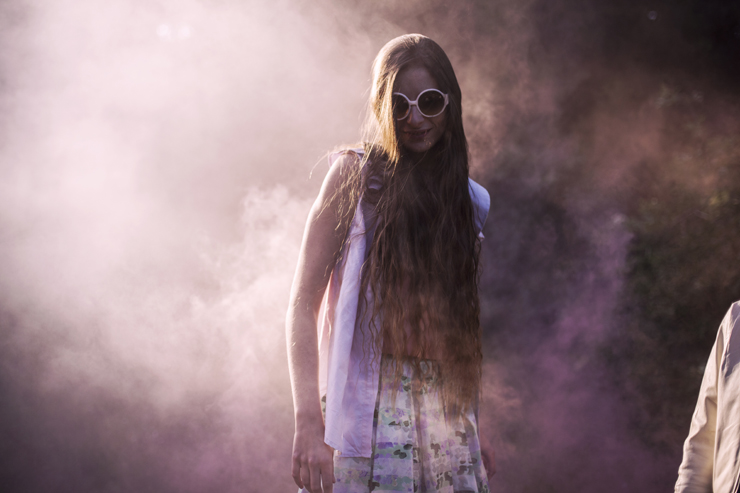 I also really wanted to use smoke, I love the idea of an « apparition », a bit like a waking dream. In real like it is actually very hard to use when there is a bit of wind… I smile thinking of some hysterical scenes but I’ll let Charlotte S. tell all these anecdotes in this series’ making of. 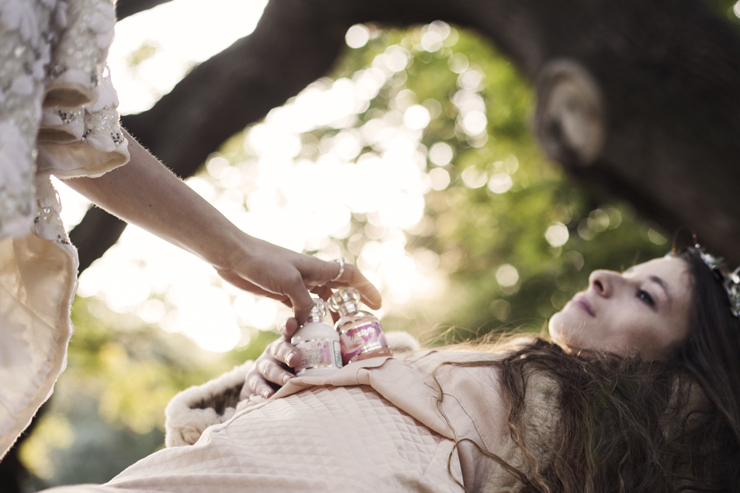 And the stylization… One of my favorite moments when I prepare a shoot. I wanted to find sweet and soft pieces but not too softie. Paster tones without being cheesy. Something modern that I could actually wear in real life. Dresses yes, but with sneakers or boots to twist them a little. I was afraid to make a young stylization… Yes we’re not 16 anymore to wander around barefoot wearing liberty with flowers in the hair. 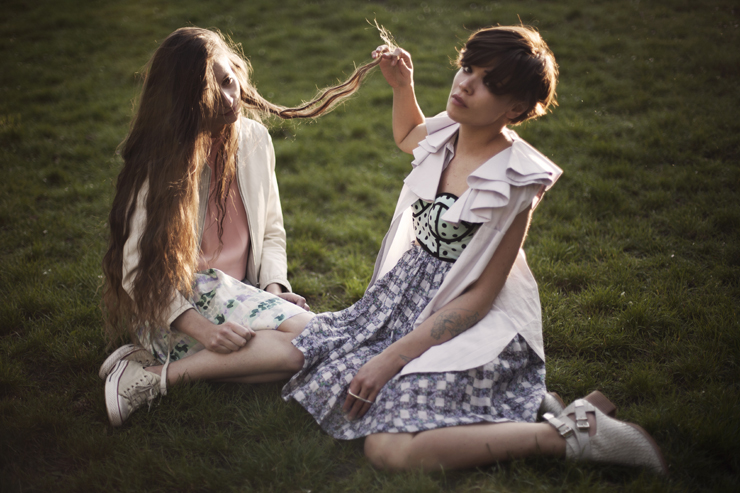 Alexandra is wearing Cacharel skirt and top, a Claudie Pierlot leather jacket and a pair of Converses. I’m wearing a Cacharel dress with an Undiz bustier, an Asos open shirt and Jeffrey Campbell boots. 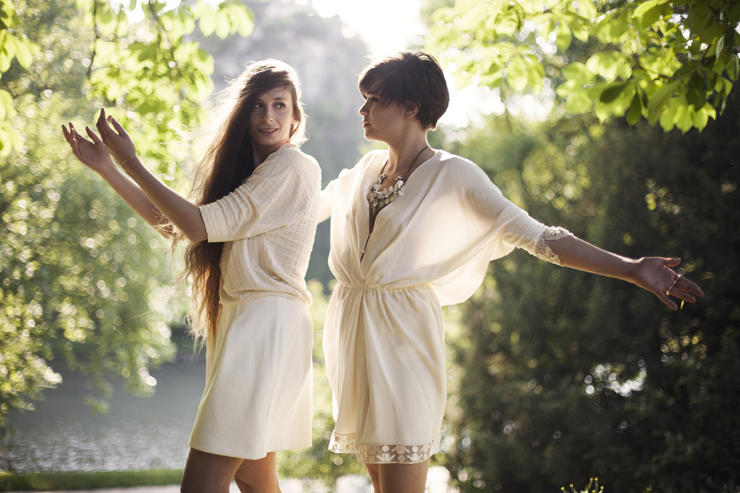 Alexandra is wearing a Maison Olga top, a Cacharel micro neoprene skirt. I’m wearing a Mina Crew dress and a Galia necklace.
Can we stop for 2 minutes on the length of Alex’s hair ? She lends me some sometimes… 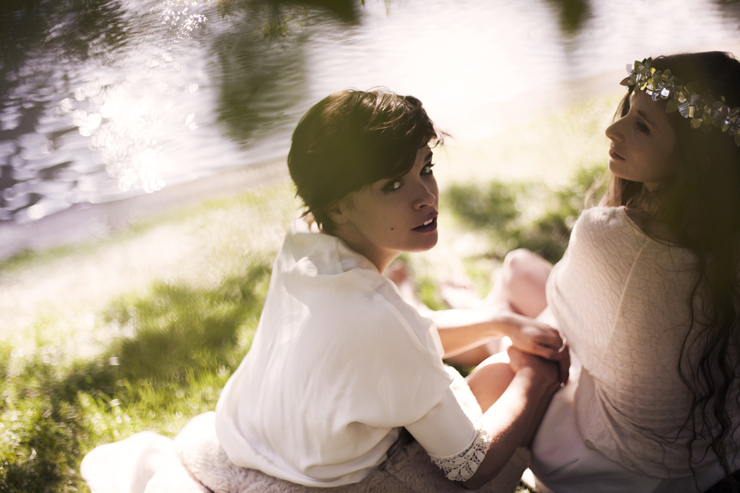 I hope you enjoy our own version of the Girls tribe. We wanted some affinity and freshness, I really like this girls tribe idea, I don’t think it has to be a matter of generation. I think that today more than ever I’m building my little crew of ultra creative girls all area included: graphic design, writing, production, translation, sewing and I’m sure I’m forgetting at lot. Damn, the time I was 16 is far gone but I think that life is getting better and better over time after all. 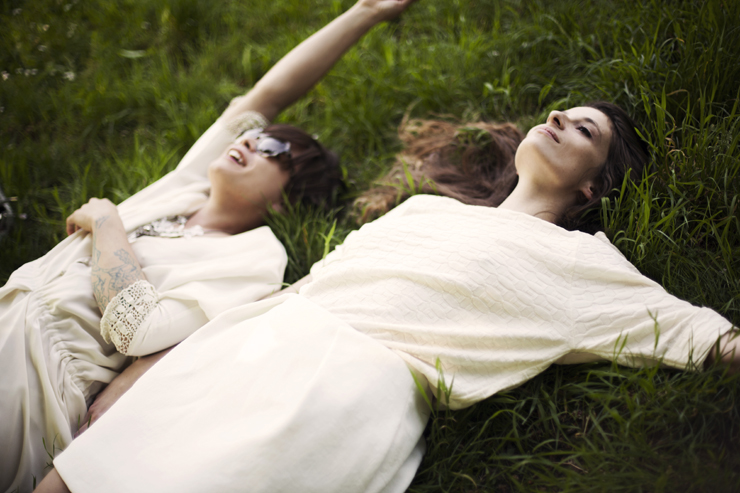 Love you ! And don’t forget to publish your inspired pictures, have fun, put yourselves in situation with your tribe and publish your pics from the #SUNRISE them mentioning @anaisanaisofficial @makemylemondade with the #anaisanais and #girlstribu hashtags. We’ll talk about it on Wednesday with Charlotte’s making of, we’ll give you some presents as well… 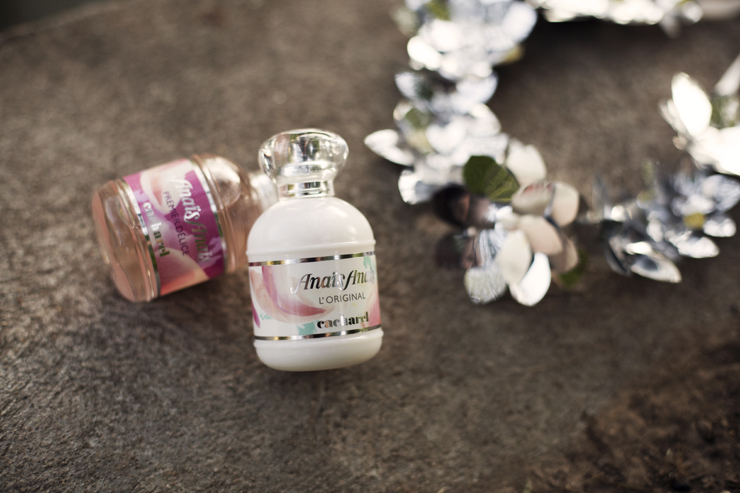