Second day in New York with Gemey Maybelline, crazy things! Two shows, two backstage visits, beauty, smiles, unlikely encounters, a ready-to-see-the-city look and an hotel! Let me tell you all of it...

Soo, day 2, I wake up at dawn to run to the Tommy Hilfiger Show, since I’m lucky I can get to the backstage. During the DVF show, everything was quite calm, make-up artists and hair-dressers were quite easy to approach, the atmosphere was electrical but quite similar to what I had seen in Paris. But the Hilfiger show was another story. Everything went like clockwork, there was at least three people for one model , it was swarming everywhere in some sort of controlled excitement, in a real american way actually. Regarding the show itself, it was surprising, refreshing and unexpected.

The designer signs a chic but really sporty and colorful silhouette, exuberant leather and neoprene pantsuits, it made me think of California (the Beach Boys soundtrack probably helped a little). I like imagining the Tommy Hilfiger woman going for a 2-hours surf session before going straight to work. I had a crush on the colored silicon strings accessorizes, a bit like leashes’ surfboards that’d have been braided (DIY?). And also a huge crush on the mirrors sunglasses, I never dared wearing them but I have to admit that seeing them on the show made me want to try. 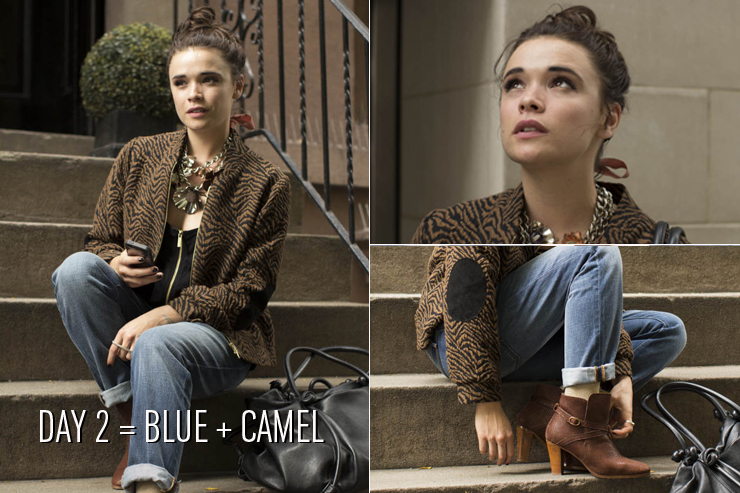 I’m wearing a jacket and lovely boots both from Sézane (that you’ll soon be able to shop on their site), a Gap jean and a crazy necklace by Sonia Rykiel.

Then in the afternoon I went to the Philipp Lim’s backstage where I found myself face to face with Avril Loufrani, the designer who works with him and who proved to be a former of Duperré as well!  The world clearly is too small... I loved the colors, the make-up’s mauves, the clothes’ metallic touches... And the impeccable lines of the silhouettes. I strongly advise you to soak up the collection.

Yesterday I was reading that one of you was frustrated not to see my pictures in full size... Well you can find them on the Gemey Maybelline’s Tumblr, there are so many pictures I want to share with you! See you tomorrow! Oh and also, I wanted to share the address of my hotel, «The Roger Hotel» on Madison Avenue, so cosy and adorable, with polka dots, stripes, vintage furnitures, everything I like I’m completely in love... And a special mention to their gargantuan breakfast. 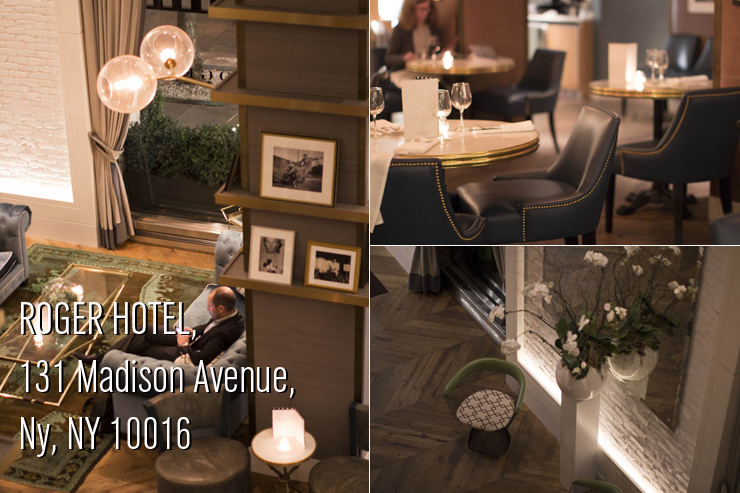