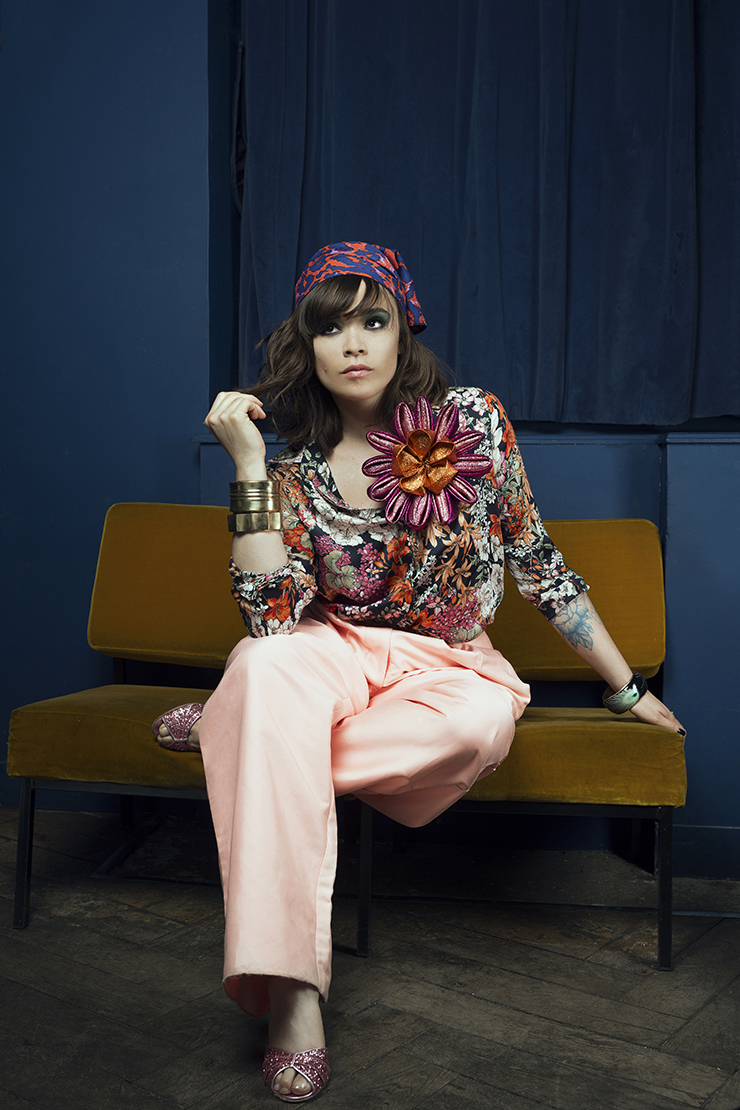 I am wearing a My little Paris scarf, a Zara shirt, vintage pants from Urban Outfitters, Patricia Blanchet glitter shoes, bracelets I brought from India and a huge flower from Karuna Balloo (makeup credits at the end of the post).

I would like to tell you another story…again… Everything started when I was a little girl at the Saint-Michel flea market. Indeed, my women gang (mother, aunt, and sister) and I were there on a Sunday morning and my mother and sister exclaimed, “It is a Saint Laurent!” My sister found the Grail, high-waisted YSL pants. I guessed it was probably a treasure… I really was wondering was YSL meant… Then, on a Wednesday, I was watching TV in my grandparents kitchen and Jean-Pierre Pernaud talked about Van Gogh sunflowers that were embroidered on Yves Saint Laurent dresses… After that, at the stade de France fashion show for the World Cup final, Carla Bruni wore a wonderful bird dress… I do not remember how I felt but I just know that something must happened because I keep this moment as a strong memory…. Maybe something like “Wow, when I grow up, I also would like to draw birds dresses…" 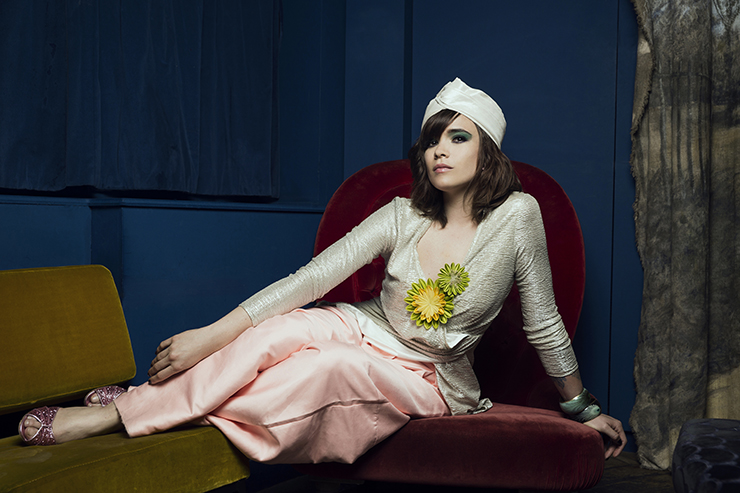 I am wearing a Donia Allegue turban, a dress from Dress Gallery, vintage pants from Urban Outfitters, Patricia Blanchet glitter shoes, bracelets I brought from India and a huge flower from Karuna Balloo (makeup credits at the end of the post).

Then I came to Paris and the Duperre School. I knew what YSL meant and during all these past years I studied the Mister Saint Laurent genius, I learnt what was a logotype, discovered the work of the designer and illustrator Cassandre… Anyway, studying Saint Laurent work is like revising all the Art History. Moreover, more than being a simple student, I was also a designer assistant… I am using suspension points because it was not a dream job but I discovered hundreds of designers and fabrics I never heard about before! One day, in 2008, when I went to Colette for the first time to do some shopping, I stopped in the Saint Honore Street near by the Saint Roch church, the artist one. In the street, there were a giant screen and lots of black cars. It was Mister Saint Laurent funerals and I remember myself staying there looking at the ceremony, very moved with my blue polka dots bags. Life goes on but this event had an impact on me… 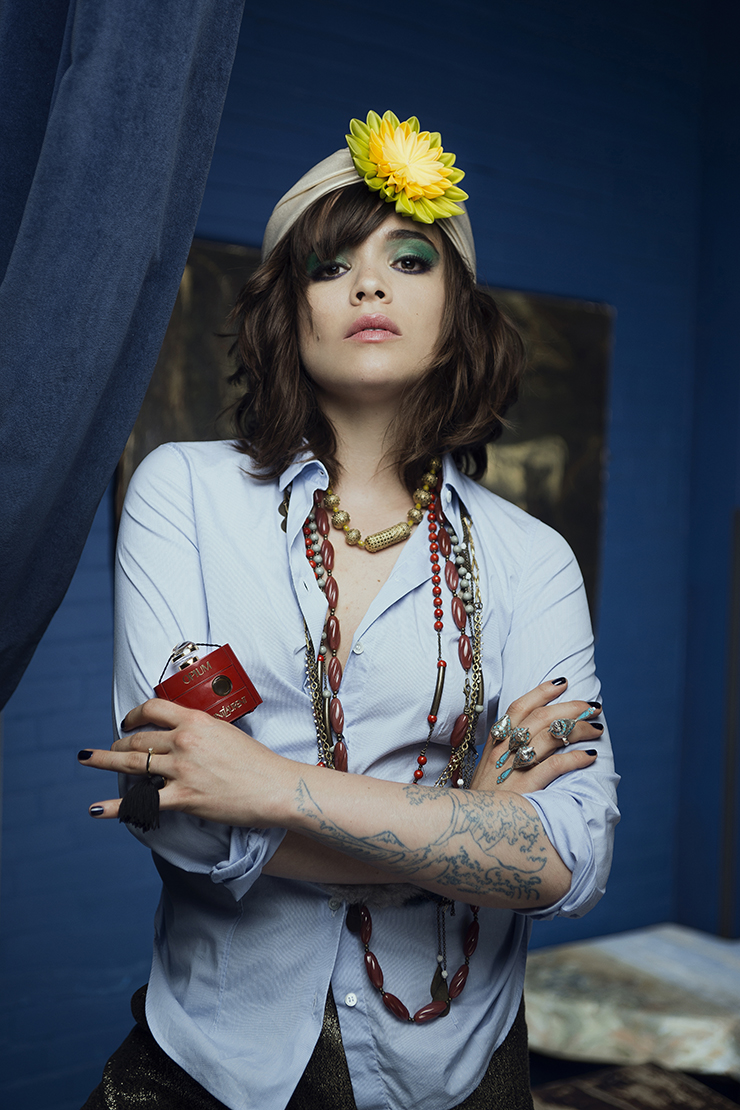 I am wearing a Donia Allegue turban, with a Karuna Balloo flower, an Alain Figaret shirt, pants from FrenchTrotters, vintage necklaces, and birds rings I brought from Thailand (makeup credits at the end of the post).

I kept me smiling until 2009 when I visited my aunt in New York. She talked to me about a movie projection about Chanel ateliers at the French alliance auditorium. I went there and the man in charge of the projection did not find the right reel so we watched a documentary about Mister Saint Laurent work… Then, I finished my studies. I felt very depressed because I did not have much to do other than to send resumes and wait for a miracle. Finally my miracle was my roommate, a blond angel who came home one night telling me “I met a super guy who works at Saint Laurent and he is looking for an assistant. He is the collection coordinator at the men studio”. 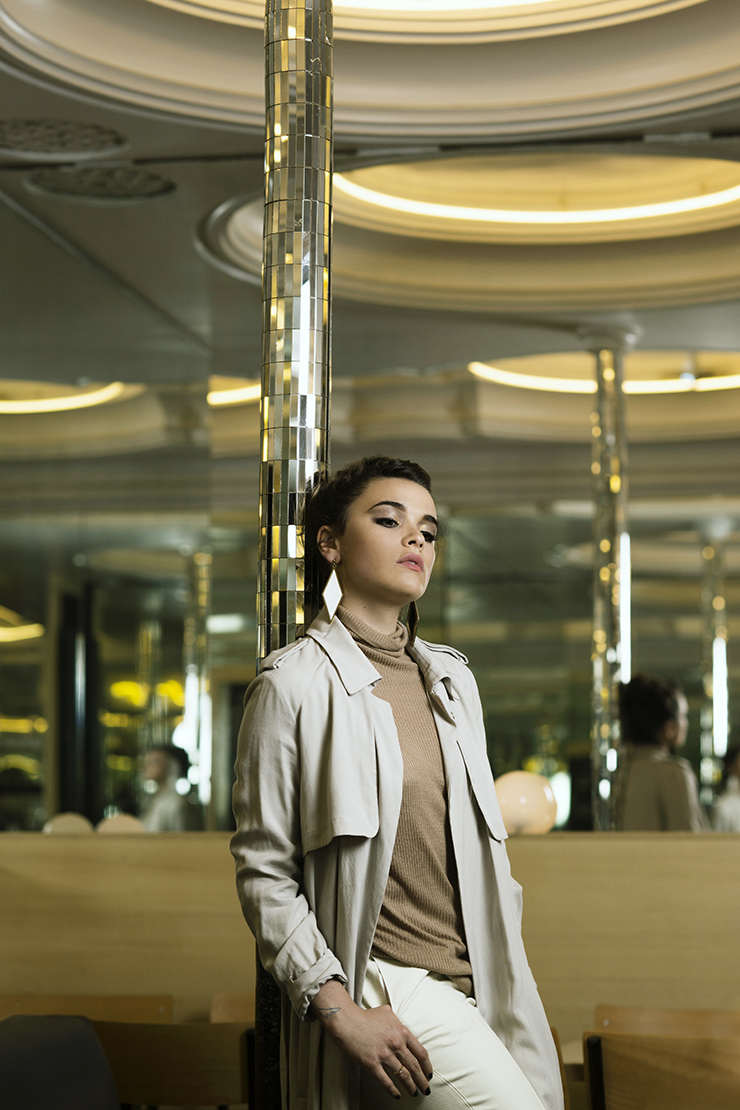 I am wearing Argument earrings, a pullover and pants from La Redoute and a Zara light trench (makeup credits at the end of the post).

I sent my resume and I did not have any news until the day… The Human Resources Director called me while I was with my mom visiting the Yves Saint Laurent retrospective at the Grand Palais… Then it was 2 interviews and 18 extraordinary months working and learning so much with amazing people… Just to say that when YSL beauty called me few months ago to ask me to get into the characters of Saint Laurent muses, I was so happy! The idea was to reinterpret Loulou de la Falaise and Betty Catroux roles in a 2.0 version. It was so nice to imagine today’s outfits to pay tribute to these women who influenced his work… 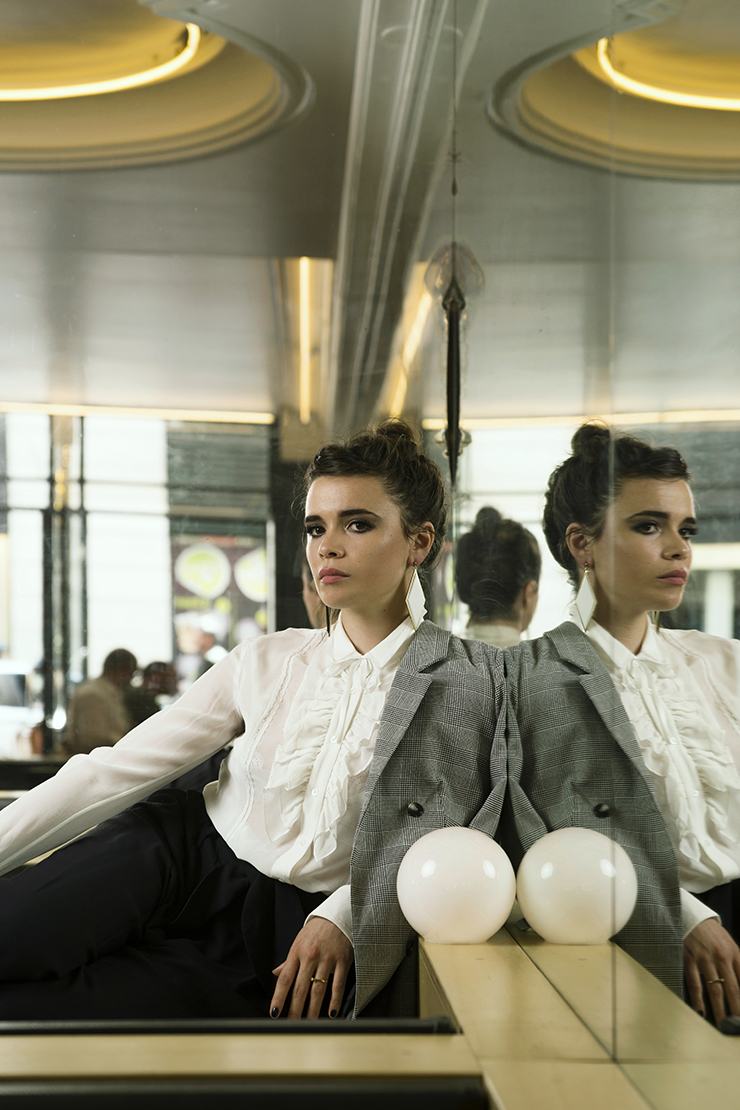 I am wearing Argument earrings, a Tara Jarmon shirt, pants from La Redoute and a Urban Outfitters jacket (makeup credits at the end of the post).

For the shooting, I had the chance to work with the YSL beauty team and the so talented makeup artist Emilio Benedetti and his sweet assistant Cyrielle Favreau. Pauline Darley took the pictures! It was so much fun to imagine two ambiances, two characters, the makeup and the outfits! It was a great moment and we shooted the second part of the muse story on the next day at Pauline’s studio! I cannot wait to show you what is coming next!

Thank you Muriel for your trust! Thank you La Conserverie for having us for the “Loulou” set and “Le Bonne Nouvelle” bar for the “Betty” one… 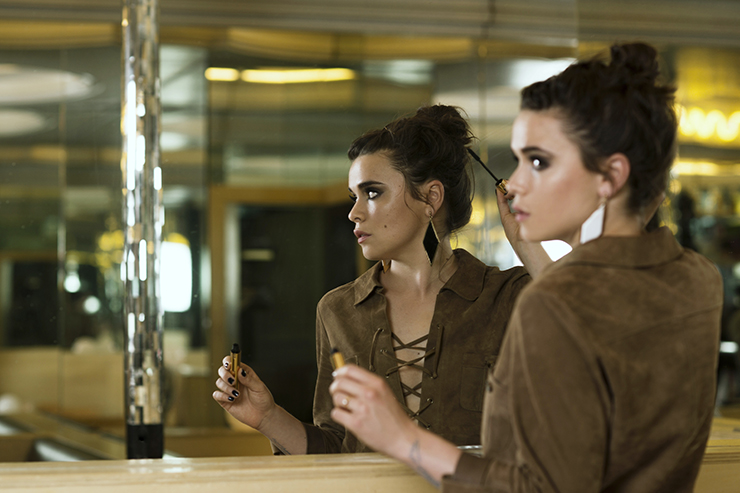 I am wearing Argument earrings, and a vintage shirt (makeup credits at the end of the post).