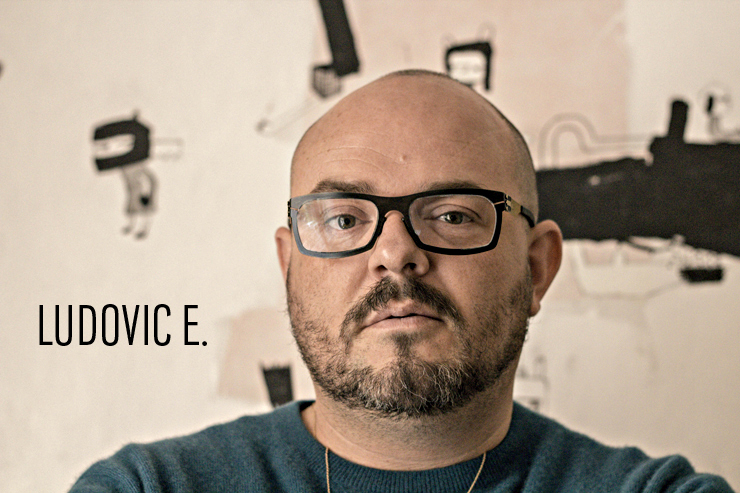 A few months ago, even a year ago actually, a friend introduced Ludovic and I by email. Ludovic works like crazy for the beautiful japanese brand shu uemura and whenever he takes a break from his busy schedule, he flies to some faraway places so it was really complicated to get a few hours with him. Inside me I knew I had to meet him but I didn’t really know why I should meet him, sometimes you jsut have to trust your instinct... So I insisted, he must have thought I was a crazy chick ready to do anything to get some shu uemura lipstick...

Ludovic Engrand is a man of multiple talents, he would have been born a Gemini that I wouldn’t be surprised... Ludovic is officially a make-up artist, and in charge of press and public relations for shu uemura, and master chef when he is at home... He didn’t actually tell me but it seemed obvious after spending a few hours at his apartment and editing these pictures that he also is a collector, lover of beautiful things...

For the record when I met him for the first time, not only he was wearing polka-doted pants but he told me he makes-up plates as well... How not to love him straightaway ?

I’m introducing him to you today but he will be with us all week, he opened his home to me but also his kitchen and his make-up case so he’ll have the place of honor this week, like a special guest that would make a recipe, a DIY, a make-up and of course a contest, yes with Ludovic I see things IN BIG... 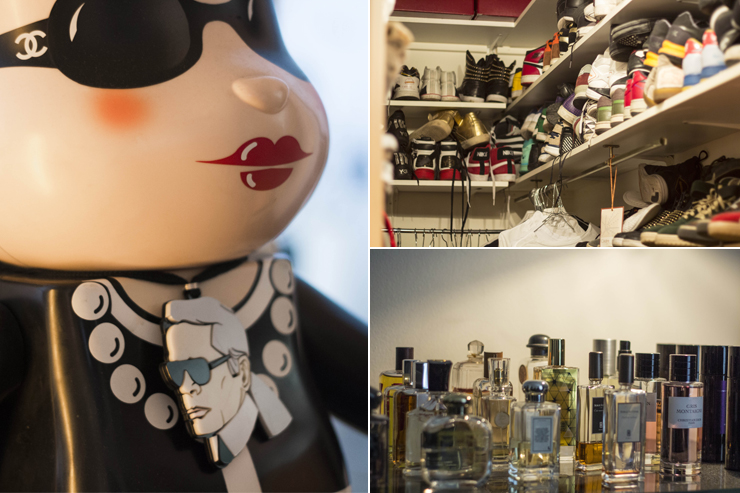 I was four and I remember a lunch with my uncle Jean Pierre very well. I was a starred restaurant «La table des cordeliers» in Codon and the chef Jean Louis Paladin greeted us on a sunny sunday with a memory that I will never forget: a brioche specially made with tomato butter ohohohhohohoh lala I’d want more...

In London when I was studying at the London College of Fashion, I’m applying red lipstick on lips for the first time, I still remember my brush crushing the pigment on the pretty lips, and to this day red is to me the symbol of ultra femininity. 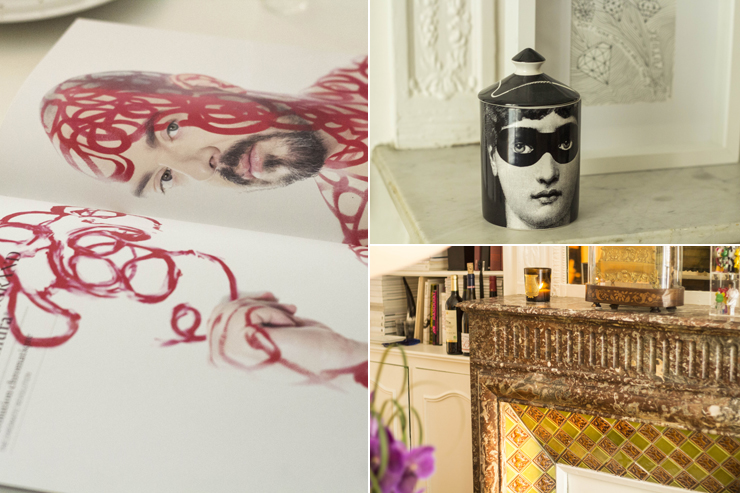 Ahh choices, it’s what I fear the most, I am a natural epicure, I love beauty, I love food art, it would be very complicated to choose, make-up and cooking are for me a way of expressing myself and make a choice would be like cutting one of my arms, and I’d rather keep them both ahahahahahahah

I’ve always dreamed of taking pictures so I’d be a food and beauty photographer !!! 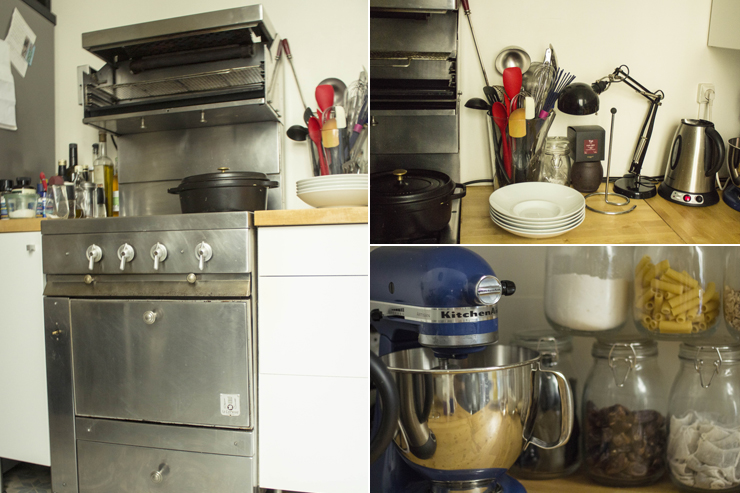 I have no frustration, when I come back from a make-up photo shooting I cook. 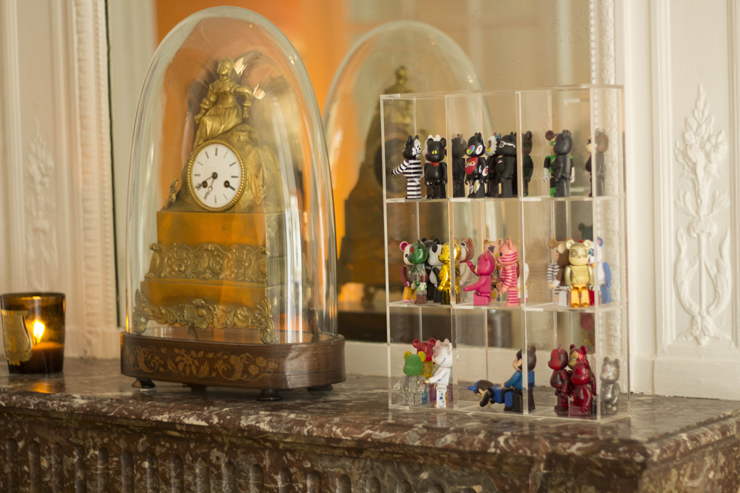 The perfect gesture because usually when making-up, we tend to do to many gestures and if you think the gesture before applying the color, your make-up will be perfect. Gérard Garouste used to say «the thought doesn’t belong to artists, what belong to them is the gesture». 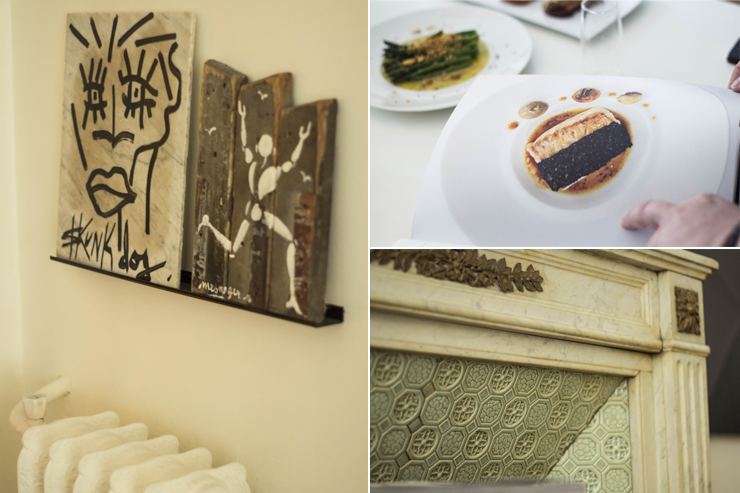 Lots of projects, it’s like my oxygen, couture’s shows are this week and I’ll be backtage on the great designer Yiqing Yin’s. Also some photo shooting projects but that’s a secret!

«Do you believe in reincarnation?» Okay I’m gonna answer you Lisa !!! Because maybe in another life I’ll be a cook  ahahahah !! 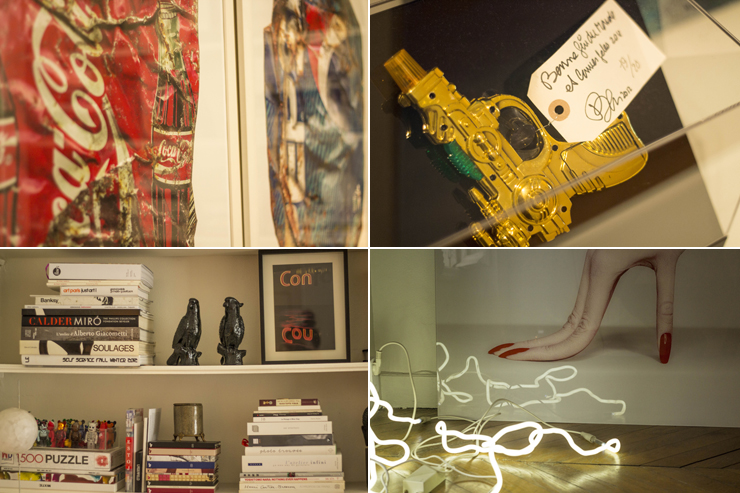