The good people are back on the blog, I’d missed time and organization to do it... But I have a lot of wonderful people to introduce you to! It’s funny ‘cause the feeling is the same, I can’t wait to read your reactions... Okay, I have to warn you, you must be over 18 (21, the legal age in France is 18...) to read this article, and I have to remind you to drink responsibly! Mummy time’s over, I have to tell you about Scott S. I met this man in another life, that is not so far away after all, but he is one of these people that always watch you with a watchful eye from somewhere, a friend you know... Back in the time he was the manager of the Ufo (49, rue Jean Pierre Timbaud 75011) and I need to ear a little extra money so Scott took me under his tattooed wing and whispered me the secrets of the hand-drown beer and other tricks to make perfect mojitos... Amen. Scott, he his the kind of guy that when you invite him over for a brunch, he always comes with flowers, a chicken and a bottle of wine. La classe... Besides, he was the one to give me my worse nickname ever «Ma petite cocotte minute chérie d’amour des îles»... («My little sweet love pressure cooker from the islands», literally...) Yeah.. You have to say it with his american accent... 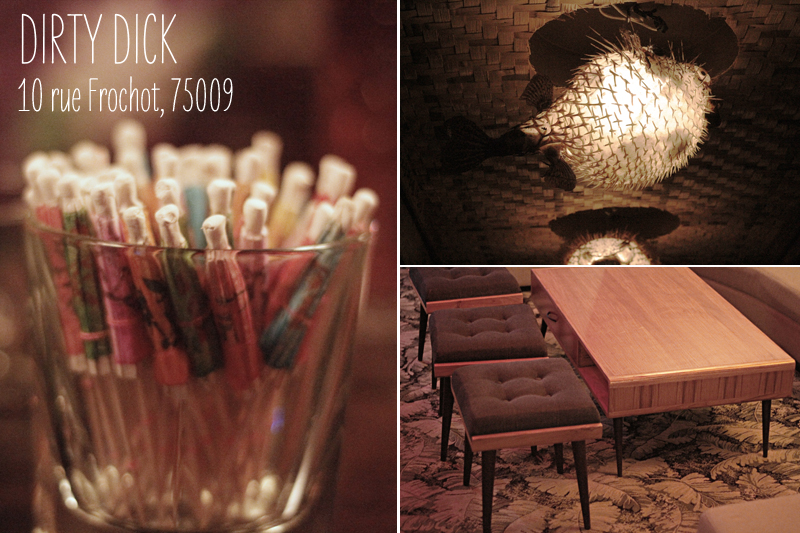 When he was 5, Scott was already selling lemonade on the sidewalk of his little german town, then he grew up in San Francisco, Oakland and Las Vegas, before coming to Paris in 1998. Ever since, he learnt at great places such as the Red House, the UFO or the Silencio, and he opened his very own place on the last 26th of February, with the creator of the UFO, the Kremlin and the Rock and Roll Circus: with a wind of revival and exoticism, a tiki bar: le Dirty Dick... Yes I know... DIRTY DICK! Incidentally, the dirty dick is the former name of an escort bar, that they took to launch they cocktail bar, and I remember with nostalgia the cocktails at the Ufo that Scott had already baptize as Strawberry Slut or Part-time Prostitute, and with some perspective now Dirty Dick isn’t so shocking... I like the ideas of very good young girls saying «Hey girls, let’s meet later at the Dirty Dick?». A little like girls who’d wear a Claudine collar and would have her arm tattooed... You see ? 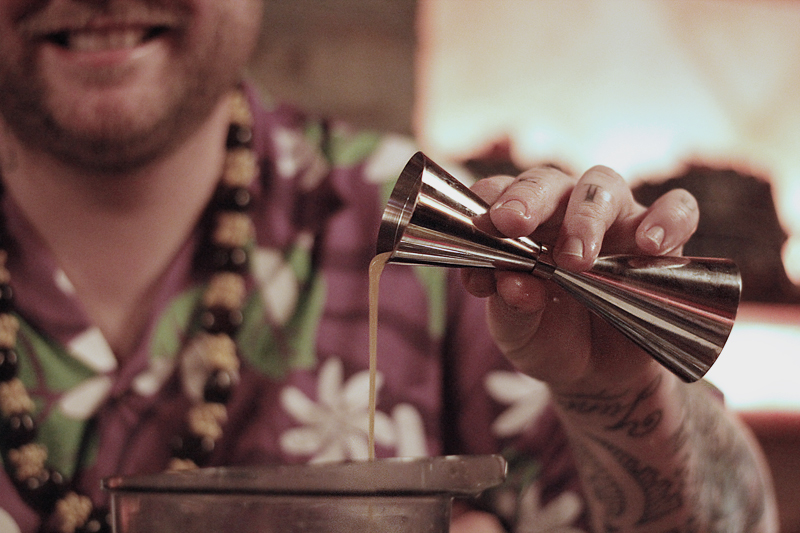 The Dirty Dick is a tiki bar... Tiki ? The tiki circle of influence, it’s a tendency from the 60’s very popular and very present in all the american medias at the time. Indeed at that time Hawaii becomes an american state and the hawaiian shirts flood the clothe market... To some details. I see it as a way of life half between Palm Spring’s old fashion romanticism and Waikiki’s crazy exoticism... And the icing on the cake, a few years later, the beach boys show up on the radio, do you see the atmosphere ? Well imagine it with a Mai Tai drink in your hand, and rum as a religion obviously... 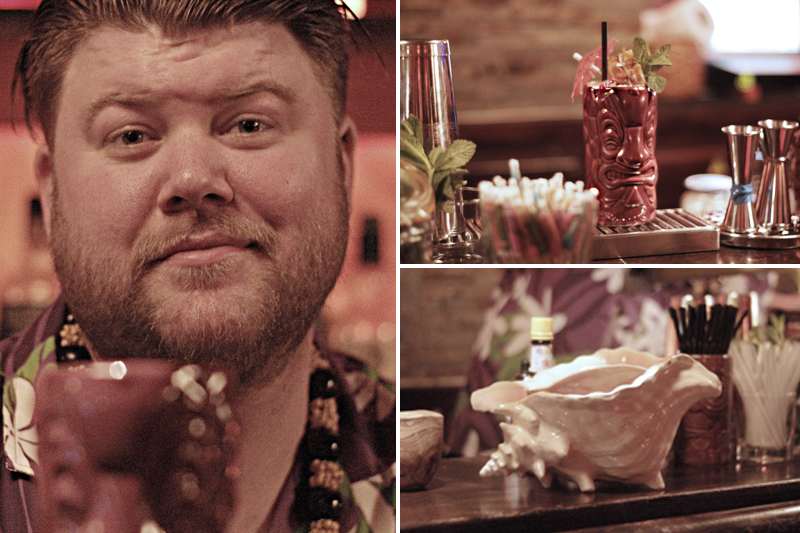 In the Dirty Dick, Scott and his dream team welcome you wearing hawaiian shirt and shells necklaces, and just for that you have to go... Scott has sublime gustatory surprises in stock for you, an edifying cocktail menu with exotic names such as Beachcomber, The cannibal’s dilemma or even Pain Killer... To savor into a Tiki glass, or to share with 14-meters straws into giant shell shaped punch bowls or into a smoking volcano. A little bonus that will seduce you and which is Scott’s pride, they make all the sirups and other additives to the cocktails themselves... His homemade almond syrup is amazing, and has a little after-taste of peanut (I’m dying)... I think you might have got it, I succumbed to the charm of this place and I’m asking for more... Actually, I go there tonight to cure my lack of sun! 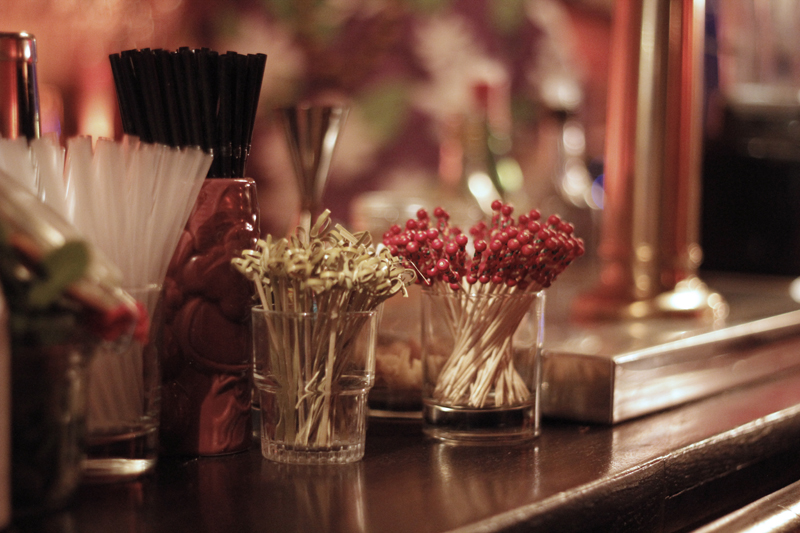 And what would be a portray of the good people without my thoughtful and essential questions... I admit that I had to considerably reduce my list... Because Scott is a mysterious man and he doesn’t give away his secret so easily... So not existentialist questions about the spice girls or what’s hiding in his purse for this time...

What is your favorite alcohol ?

What is your favorite food ?

What dish always cheer you up ?

What is your way of life ?

Have a good time and spend all the money you make...

Thanks! And see you there tonight ?