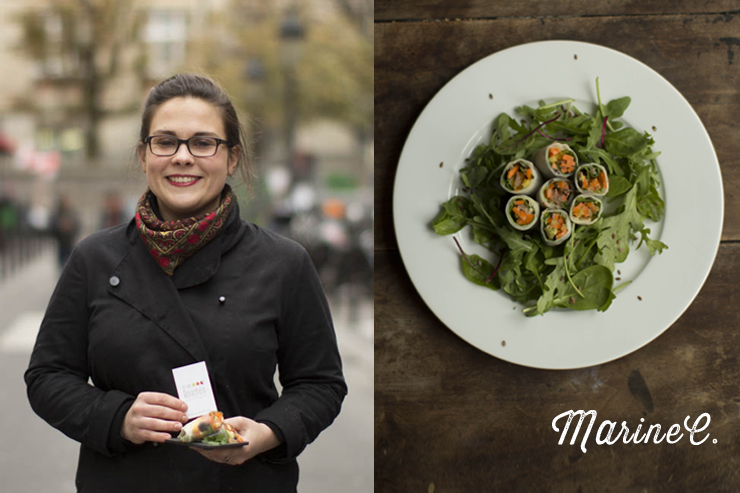 I’m giving you the last but not least recipe of the week for lunch, « finger food » with Marine, the creator of en une bouchée. During my first meeting with Marine, I didn’t actually meet her but her creations during an event she catered. A real treat, I’m often disappointed by petits fours and other finger food… But not this time, I couldn’t believe it and I literally squatted the buffet (so chic…). I took her business card and kept it safe.

And one day, I worked for a paint brand who asked me to imagine a buffet, from the scenography to what was in the plates and I immediately thought about this little business card, called Marine to see if she’d be interested and she was! A great encounter, I wanted to introduce her to you because I find her brave and I love people who give themselves the means to their ambition, who try no matter what to live up to their passion… I find it inspiring, especially in Marine’s case, she made a career change from an industrial biology engineer to opening a restaurant of their own… I think it is a great example!

And little story… For this job we needed a pink desert (ok, that’s not to hard…) but it became quite difficult because we didn’t want any cupcakes or macarons… And Marine offered to make her specialty, the « Strawberry Mojito » choux buns: killer alert!… For a perfect lunch break, rendez-vous au Marché couvert Saint-Martin, 31 rue du Chateau d’Eau, 75010 Paris. 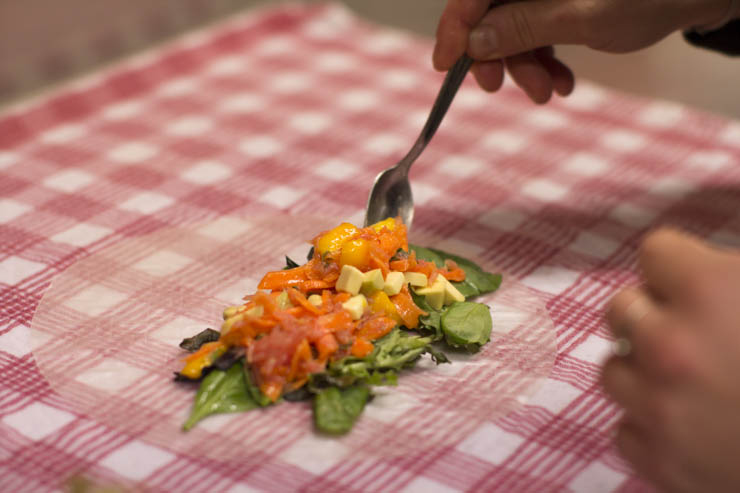 I’m Marine, 28, ex industrial biology engineer, creator of en une Bouchée. I talk a lot and despite trying not to I’m really fond of food! I’d like Paris to eat all my little choux buns !

I’m have a training as engineer in industrial biology. I worked 2 years as commercial engineer B to B in the cosmetic industry. In april 2012 some private events made me think and consider reorienting myself towards catering. To be sure about my choice I wanted to live the experiment from the inside. I worked at a restaurant (La Véraison, 15th arrondissement) while working at my regular job. For 3 months I worked as a commercial engineer during the week and in the kitchen during the weekends and it never was constraining, I felt good in the kitchen. That’s what confirmed my will of changing job. It’s at the end of september 2012 that I left my firm without any precise idea of what I was going to do next. I was looking for some job in catering but with no diploma and only my weak experience, it was hard. And I was used to host at home, to organise buffet dinner and drinks with my friends, it started from a desire, a belief more than from a purely thought-through idea. The « Finger Food » made sense in our plate so I took the risk because I had nothing to lose. It’s during november/december that the idea was fully developed, that I found the name « En une bouchée » and we know how it went. Since December 2012, I created the company « En une bouchée » in Paris, which is a Finger Food catering service.

You forget protocole ! You eat with your fingers without guilt. « En une bouchée » is a new way of savoring. The FINGERFOOD: gastronomy on your fingertips with a leitmotiv: 0% guilt. Snacking isn’t a sin, it’s in ! 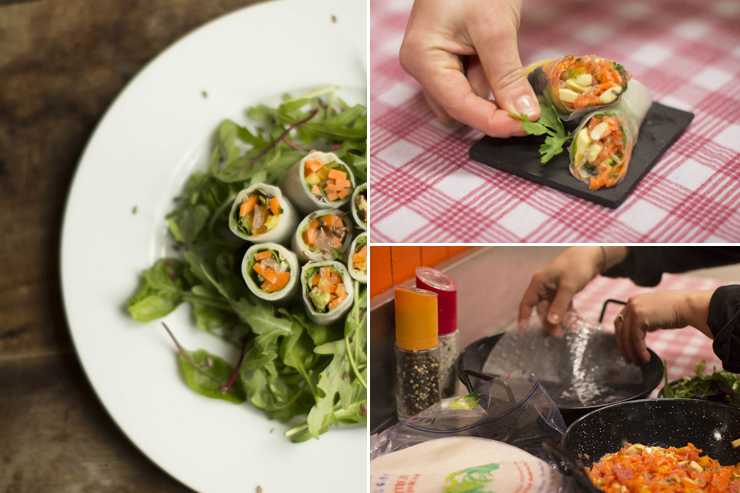 A sugary croque-monsieur with brioche and milk chocolate ! MIAM !!! Thanks mom.

Ha ha ha the MOJITO choux buns… and more particularly the strawberry mojito! I already had the lemon pie choux bun on the menu… it is a derivative. I love mojitos, so I thought I’d make a lime cream, hint of mint, ginger (that’s a secret!) and a wee bit of rhum, and in the end that wasn’t more complicated than a lemon pie! And then the raspberry mojito came by itself, it is my favorite cocktail (strawberries or raspberries but more especially raspberries, I am an absolute FAN of red berries). 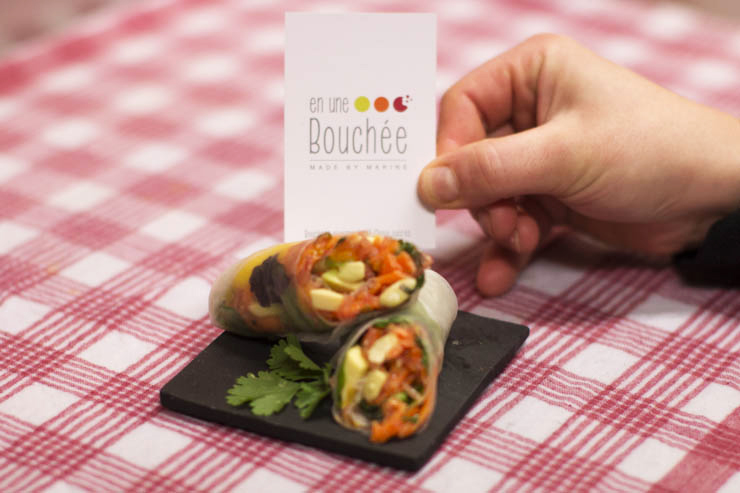 Curry… and spices in general! Espelette pepper, cumin, nutmeg, 4 spices, everything! With two pinches, you can transform a dish!

So, lately, I don’t cook for myself anymore. But if somebody would want to cheer me up because I wouldn’t be so well, he’d just have to make me… a good soup, a salad, a bowl of berries/yogurt! And hop, to bed!

Same as when I don’t feel so good: soup/sala and the of course!!!

I wish « En une bouchée » to keep going that way in 2014, to grow a little more every day and why not to become the new parisian reference for choux buns! 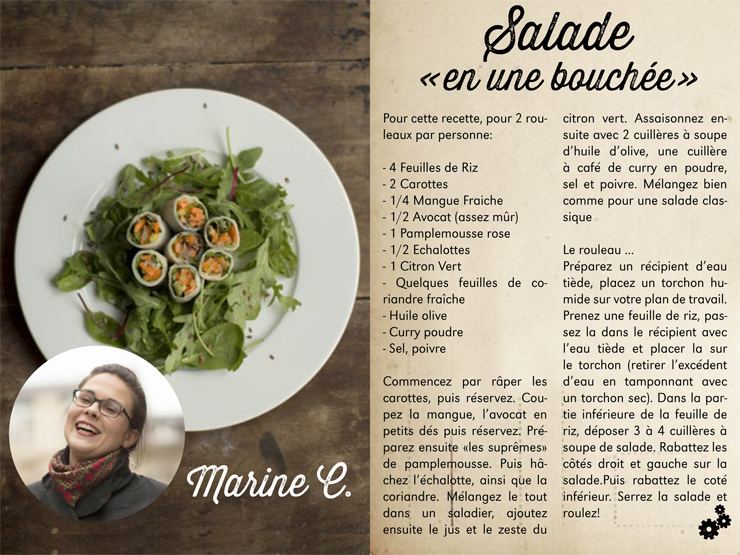