I wanted to write to you earlier but I had some server troubles ! You are more and more numerous to come here every day and it makes the website crash ! Well, that should all be fixed by the end of April but I’ll talk about that later! Today there is another collaboration, yes it is the season, and for this one I’m trying to make things differently, let me explain… Cacharel is re-editing its famous « Anais Anais » and for the occasion they asked me for a « beautiful » photo shoot in the « GIRLS TRIBU » spirit. But to make such a shoot you need to prep, you cannot do it on the run between the unpacking of two moving boxes… So since I know you’re fond of backstage and making-of I’d like to show you how the preparation of a shoot concretely works. 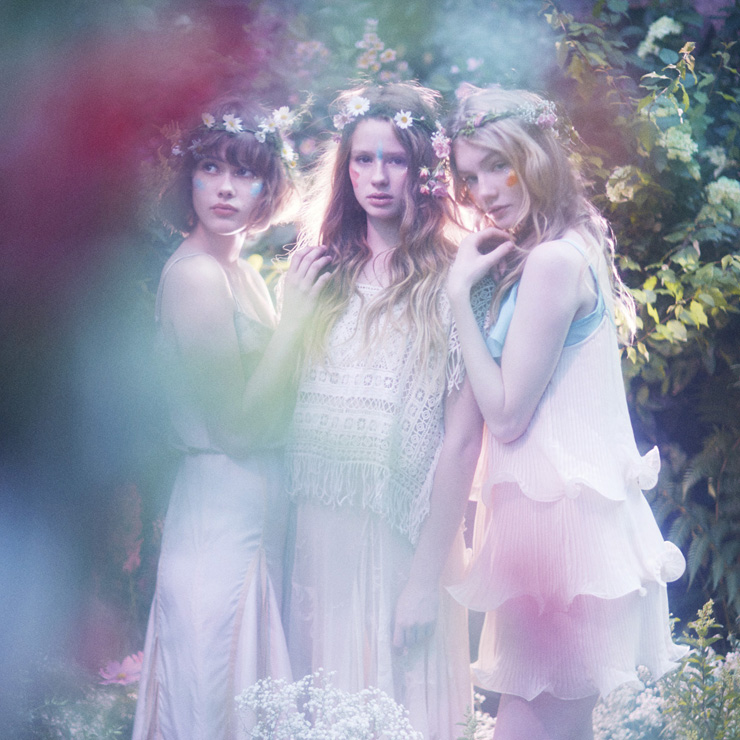 For this first post I’d like to explain the mechanism that follows the reception of a briefing. First of all I make some research about the history of the brand and the product in question. Here it’s Anais Anais, the brand’s legendary perfume of which the campaign was shot by Sarah Moon in 1977. A perfumery masterpiece in short. Cacharel decided to bring a fresh wind with a new « first delight » juice and based its campaign on a generation of hyper creative young women bearing the « girl power » standard. On Valentine’s Day Cacharel organized a photograph exposition at the Palais de Tokyo gathering a handful of young women set in their daily life simplicity with an unsettling poetry. Through incredibly romantic photographs you can feel the boredom of the young lady who spend her every summer at her grandparents’ country house and the eagerness of becoming an adult while keeping one foot into childhood… Oh the famous woman-child !

So the new Anais Anais campaign was shot by the beautiful Olivia Bee, 20 years old, little hyperactive genius. And it’s in this context that the briefing came! Imagine a shoot for make my lemonade inspired with this ultra creative spirit, find a photographer (I have my idea, keep your fingers crossed for her to accept!), make the stylization, find a place, find accessorizes (I have a feeling about colored smoke…) and regarding the gathering of my « tribu » (= tribe) I think that shouldn’t be too difficult, let’s just hope they'll be on board… I always make a Pinterest board to start, I have dozen of secret boards… Then I make a little montage on Photoshop with the pictures that stick to the theme to most, I make a list of key words and of things that should be featured during the settings, and I transfer these boards to the photographer. Then, will be joining this file the choice of clothes, possible places, accessorizes, people likely to pose etc… I’ll leave you with these first two boards and fix our next rendez-vous in May to talk about the advance of the projec 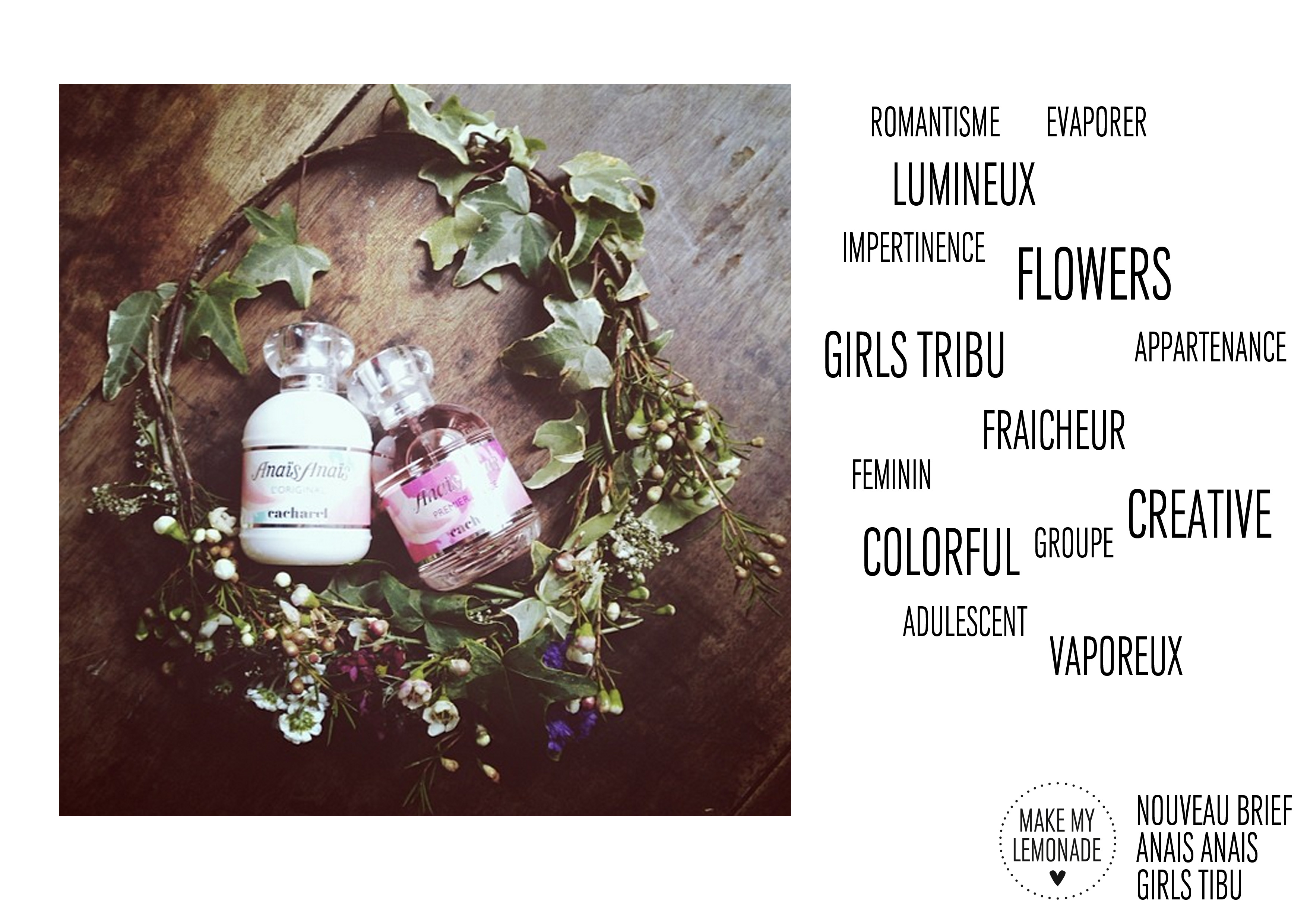 In the meantime, I invite you to be creative, be inspiring and inspired, have fun, put on a performance and publish your pictures of the #girlstribu theme mentioning @anaisanaisofficial @makemylemonade with the #anaisanais and #girlstribusnapchat hashtags. Every months you’ll discover the theme to re-interpret on the anaisanaistribu snapchat account. The most beautiful pics will receive the ANAIS ANAIS perfume (the Originale and the premier délice) and flowers crown, lucky you…