📦 F ree delivery in France from 150€ and borderless shipping 🌏


OUR MISSION: TO BUILD SELF-ESTEEM

Fashion has a power. It can embody our dreams, enchant reality, make us feel good. It can make us feel good about ourselves, give us a smile, give us that extra boost to face the world. It has the power to give self-confidence. That's why we chose to create clothes. But not at any price. Not just any way. The more we want carefree fashion, the more it requires us to be serious. It is the sine qua none condition in our eyes to deserve to exist. With one goal in mind: to do the best we can. And when this one is reached, to do even more. 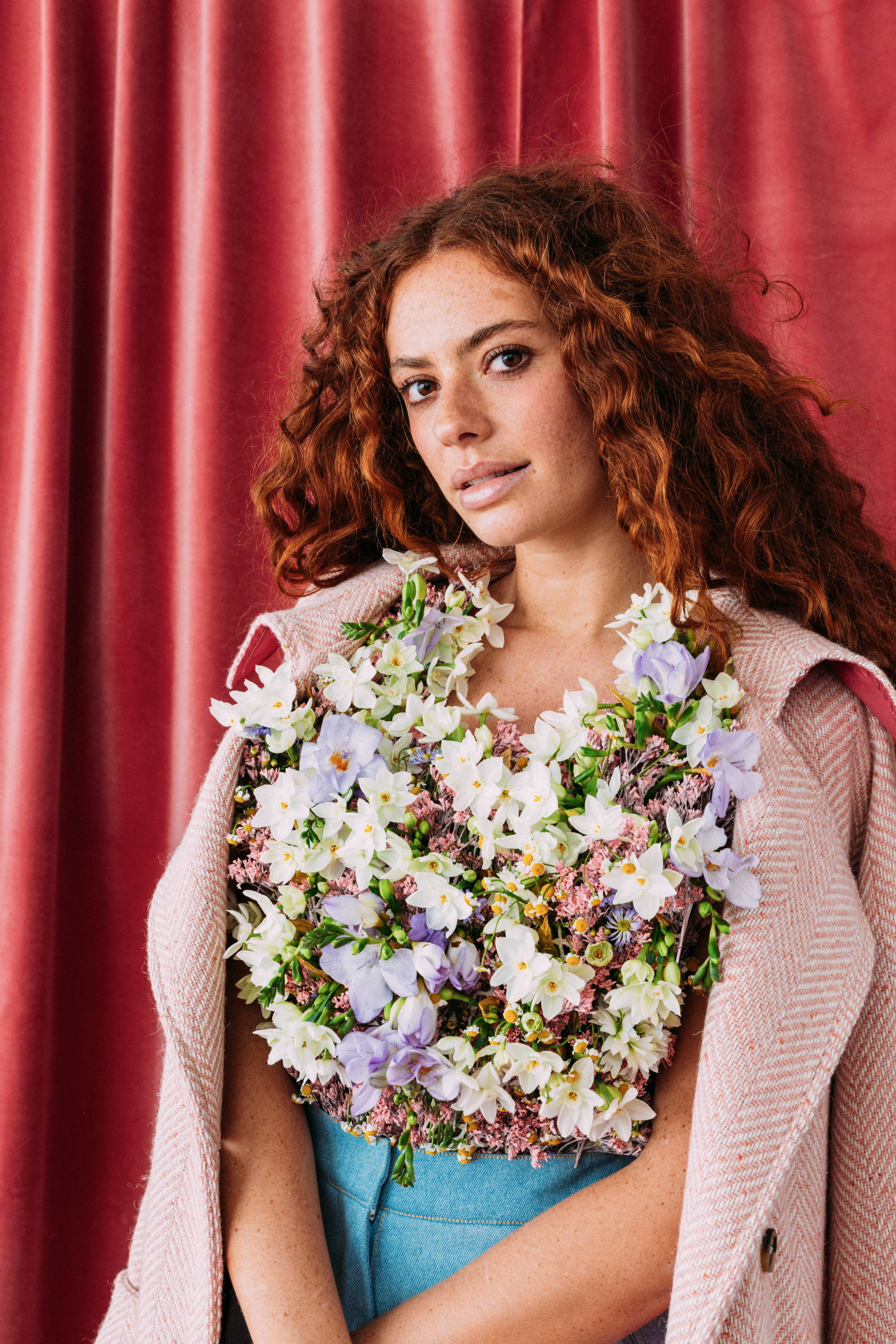 What does Make My Lemonade mean? It means being able to realize yourself, to reinvent yourself to become who you want to be. It means taking action, risking imperfection but still trying. It is to show a zest of madness to be where no one expected you. It's understanding that deep inside you can find a piece of magic, a je-ne-sais-quoi that transforms the acidity of life into something soft and sweet. It is to be able to move forward, to say to yourself that you can face anything and thus learn to dance in the rain. When life gives us lemons, we can choose to make lemonade out of them

Make My Lemonade a brand created by Lisa Gachet. Lisa's story is about a girl who once ordered a dollhouse for Christmas and got a toolbox instead. And her father explained to her that they would create this house together, so that it would be exactly as she had dreamed. That's when the idea was born that with your hands, a little imagination, DIY and resourcefulness, you can create beautiful things. The dollhouse has disappeared but the toolbox has remained. After being trained at the Duperré School of Applied Arts, Lisa decided in 2012 to share her ideas on a blog lifestyle and DIY (sewing, decor, cooking) that she named Make My Lemonade. She invites everyone to make something with their own ten fingers, to take action, and to let their imagination run wild. A pioneer, blog was a resounding success. In 2015, the adventure continues and the clothing brand " Make My Lemonade " is born. These are clothes imagined by Lisa, produced in limited edition, to make yourself or to buy ready-made - ready to wear. In 2018, her universe is embodied in a store in Paris Quai de Valmy where everyone can come and stroll, think, try and experiment. Since then, every month, in every collection, Lisa and her team reinvent the recipe for lemonade

Each of our collections tells a new story, but there are things that will be there all the time. 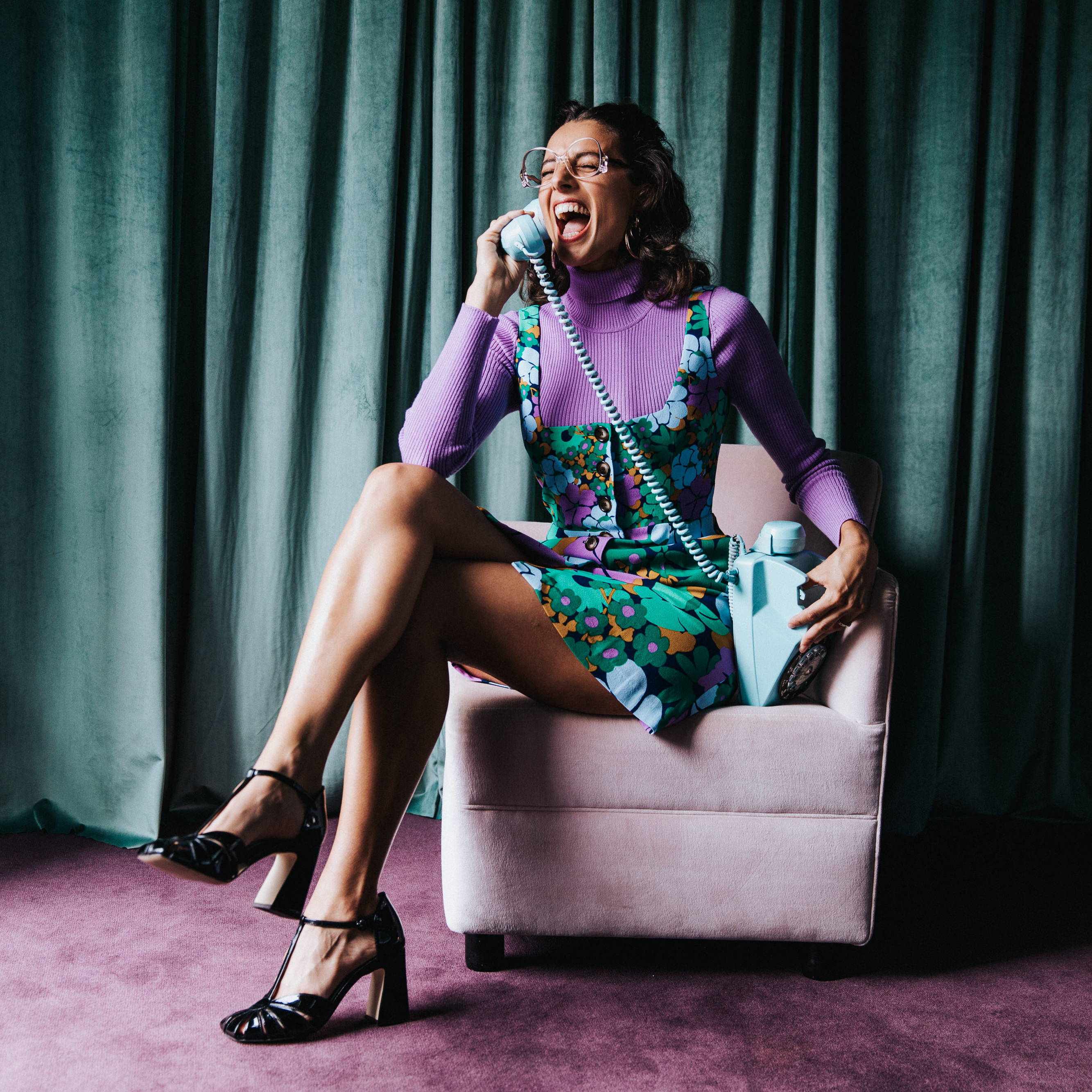 We create collections to express fantasy, listen to your imagination and bring out your personality. So our colors are vibrant, our prints bold, we play the mix & match and we dare! 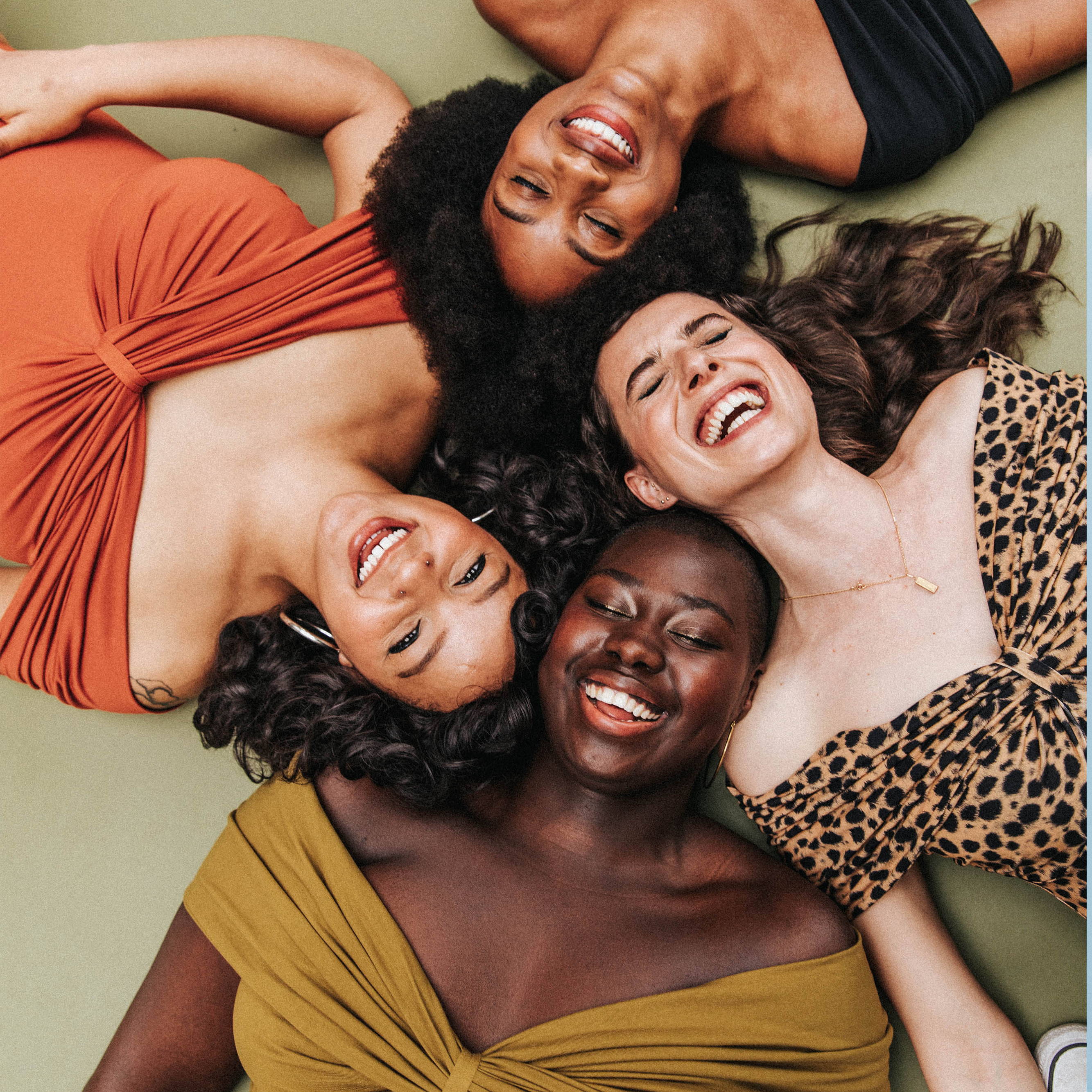 We know that every body is different, and that it is its rough edges that make it beautiful because it embodies our story. This is why we pay particular attention to the cuts and sizes we offer, from 34 to 52. Because it is not the body that must adapt to the garment but the opposite. And to prove that fashion has a vocation to sublimate, consecrate and make all women confident. 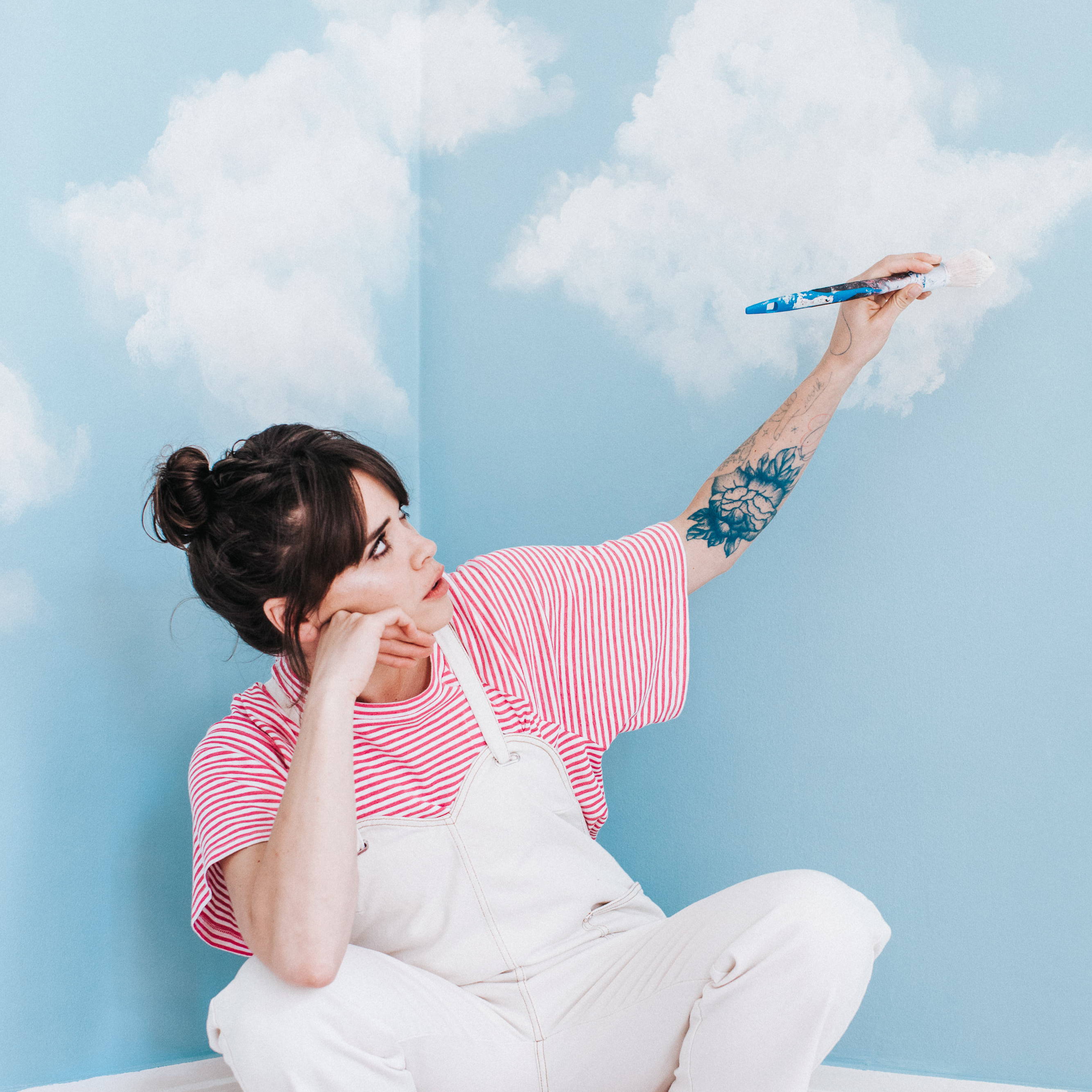 Inspired by the Do It Yourself culture, Make My Lemonade advocates the art of DIY and believes that it is a great pride to make something with your hands. That's why we offer patterns for each collection, which allows you to make certain pieces yourself, as well as the fabric and everything else that goes with it. But there is always the ready-to-wear version for those who prefer. 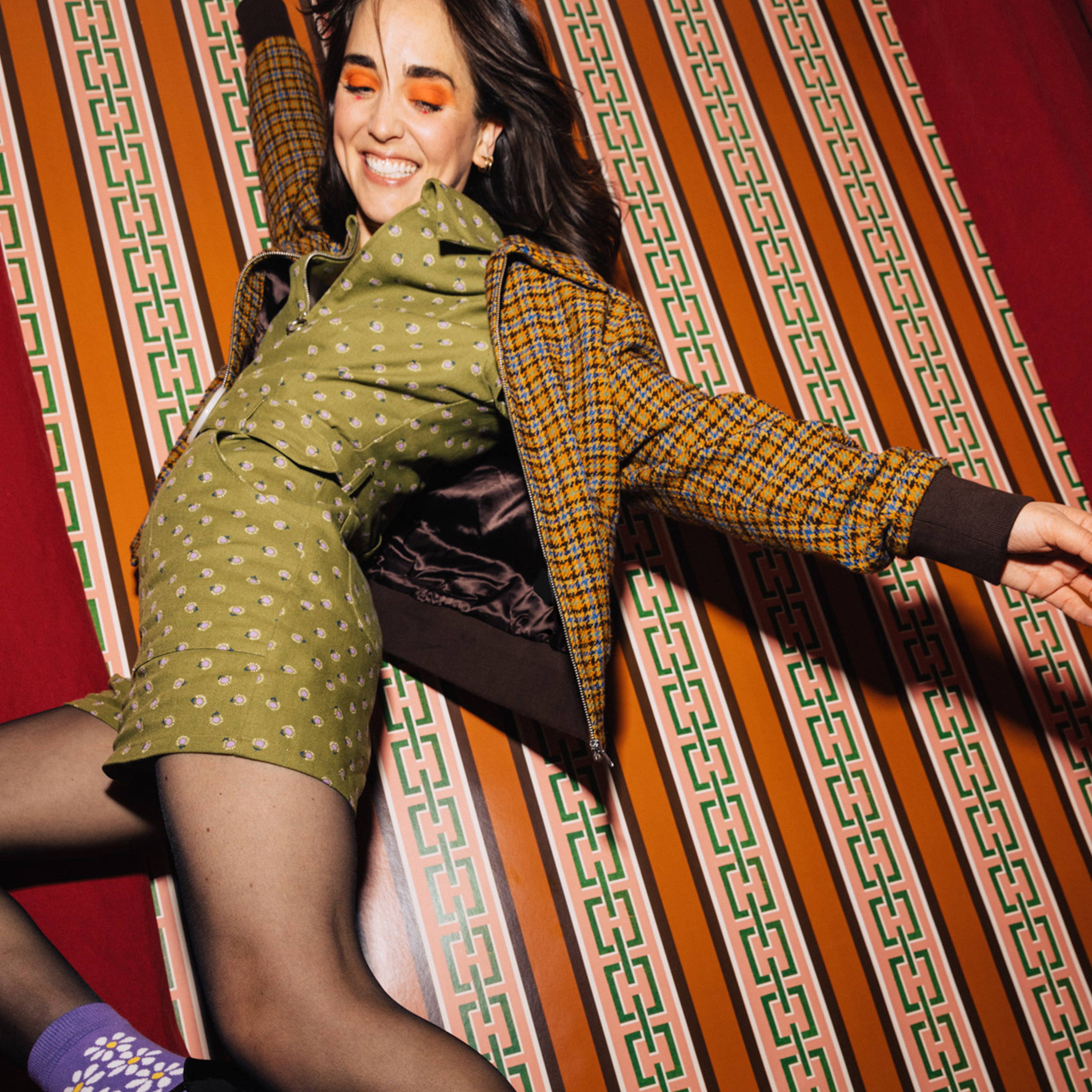 We believe that joy is not an overused word. And we want to do everything to instill it. So we dance, all the time, always. And we imagine clothes that allow us to do so, without constraint, designed to move.

After years of dreaming this crazy project, Make My Lemonade finally settled at 61 quai de Valmy in Paris. 386 m2 of inspiration.

The team takes up the challenge, much more than just a store, 61 quai de Valmy became on October 16, 2018, a flagship destination in the 10th arrondissement.

A real playground for anyone who loves beautiful things, who imagined it as a place to wander and boost their creativity. The team's desire was to make this boutique an inspiring place that would be good for the spirit so that each shopping moment would be a shot of color and excitement for the senses.

Monday to Saturday from 11am to 8pm

Fashion has the power to embody our dreams, to enchant reality, to make us feel good. It can make us feel good about ourselves, give us a smile, give us that extra boost to face the world. It has the power to give self-confidence. That's why we chose to make clothes. But not at any price. Not just any way. The more we want carefree fashion, the more it requires us to be serious. It is the sine qua none condition in our eyes to deserve to exist. With one goal in mind: to do the best we can. And when this is achieved, to do even more. This is what we are doing to achieve this.

DO WE STAY IN TOUCH?

Nothing but previews, exclusive content, and on top of that, our newsletters are so beautiful!

Worldwide shipping &. Free shipping in France for orders over 150€.

Our actions, our fabrics, find all our information here

To discover our collections in preview, enjoy our surprises and exclusive offers. It's over here !